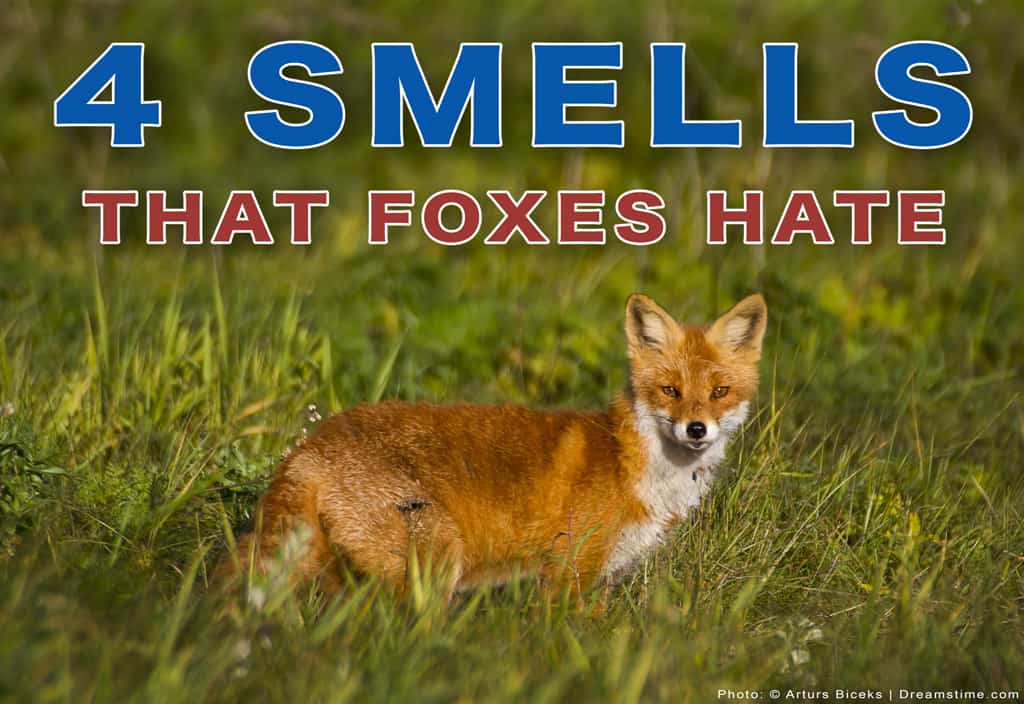 Foxes are usually classified as wild animals as opposed to pests. However, when in the wrong place at the wrong time, foxes can pose a nuisance to your property and a serious threat to your livestock. As foxes have a superb nose which gives them an excellent sense of smell, we identified the scents they just can’t stand and how you can use them for your protection. You might be surprised.

Foxes have a strong sense of smell, which they use to find accessible food sources. You can take advantage of this trait by using scents they dislike, such as chili and cayenne pepper (which are made up of Capsaicin), garlic, white vinegar, and the scent of humans nearby.

Before we take a deeper look at the smells which serve to bombard a fox’s nose, you might wonder why a little, pointy-eared, long furred, narrow snouted, clever-looking animal would pose a nuisance to your property, to begin with. Therefore, we identify the reasons why you might want to repel a fox in the first place. Let’s have a look together…

Why Do You Need to Keep Foxes Out?

Foxes are part of our beloved family of dogs, also referred to as Canidae – which has nothing to do with Canada – but actually comes from the Latin (canis) for dog.

Interesting fact: Although today they walk on all continents, the first traces of dog-like fossils come from Europe. It is said that foxes originated from wolves, whom were domesticated in Europe some 19 000 to 32 000 years ago.

Unlike dogs, foxes are mainly living in the wild. Although there have been several attempts to try and tame a fox, the results were generally unfavorable. Some animals are just not suitable for domestication. Overall, foxes stay in a pack of animals that prefer to keep amongst themselves. They get nervously shy amongst humans, and tend to become more aggressive as they age.

Interesting fact: Some experiments have successfully managed to domesticate a fox, most notably the red fox and silver fox. However, it must be noted that there is no sustained domestication; we are talking about isolated cases only.

As foxes are wild animals, it goes without saying that their behavior remains unpredictable to a high degree. But how else do they form a nuisance to your property and comfort?

In short, foxes will fall in love with a rich and diverse garden, even more so when there is trash and a compost heap, especially when there is livestock available. As such, they can pose a severe burden when it comes to maintaining your property clean.

Now that we know what we are up against, are you ready to become as sly as a fox? Let’s dive into the 4 ways you can repel a fox right under their nose!

To outsmart a fox by way of smell, we start our list with a classic amongst repellents by looking into the Piperaceae, or in other words, the family of peppers.

What is particularly frightening for a fox is the pepper’s main ingredient, Capsaicin. This primary, active ingredient gives peppers its characteristic of being hot and spicy, with a burning sensation afterward. This is especially so for animals with a heightened sense of taste and smell, such as our little furry friends in red.

Interesting fact: Although Capsaicin is off-putting and generally inedible for many mammals, it is apparently undetectable by birds.

Incredibly potent, although none lethal, are the chili peppers we eat from North America to the shores of India. Bombarding a predator’s nose has never worked better than with the use of some chili pepper.

Indeed, it is a classic and frequently used against animals of a similar kind, such as coyotes. Overall, pepper carries a punch due to its high pungency and intensity. That said, it is not entirely bullet-proof, as in, the results remain somewhat mixed.

This is because there are various circumstances – especially the weather – in which the pepper may not have its wanted effect.

Quick tip: Mix chili or cayenne powder with some water, and spray your garden, especially around the places where they tend to make holes, such as your vegetables, etc. However, it’s likely to wash away in case of rain, so this method does require reapplying if need be.

Use a Solution of White Vinegar

Much like wolves and coyotes, foxes are known to dislike the scent of white vinegar. Although usually reserved for cooking or baking, cleaning, or washing, it is also used for predator control.

White vinegar contains a lot of acetic acid – which sounds as bad as it tastes – and therefore carries a strong and potent smell. It is usually advised to spray it around your property, dampen it in a cloth, or make use of a bowl filled with vinegar.

Perhaps it can also be used by mixing it with chili pepper, a recipe for disaster indeed. However, still not that effective. Truth be, it must again be constantly reapplied. Therefore it is actually best to make a ready-use spray, a timesaver for sure. In the end, a mix of strategies will prove to be most effective.

The Lingering Smell of Garlic Can Deter Foxes

Now, one does not often include garlic in a list of none cooking or vampire-inspired content. Yet here we are, talking about foxes, and we cannot go around the wonders of garlic. Yes, garlic is as effective for a fox nose as it is on a first date. But does that mean a fox will repel, entirely? Not likely.

What is often suggested is to cut and boil garlic to extract more of its essence. As you may know, when crushing garlic, a chemical compound called alliinase is released. This produces a strong scent, which is actually part of a plant’s defense.

Fun fact: Halitosis, which relates to having bad breath, is sometimes also referred to as garlic breath, which is not to be confused with garlic bread.

Surprisingly enough, there are already a few ready-made garlic sprays on the market. For more information, you can have a look at the following spray: Garlic Barrier Insect Repellent.

Quick tip: Try boiling some raw garlic with chili pepper, add some vinegar to the mix, and you’ve got a party-ready to create a nuisance for a fox or two.

The Scent of Humans Will Repel Foxes!

As much as foxes use their nose to identify that which fills their hungry belly, they are keen to spot danger by way of scent. Therefore it is perhaps most effective, to make use of the scent of danger, or in other words, the smell of a predator.

First of all, foxes are known to be shy when it comes to human contact. This is perhaps further accommodated because they are nocturnal animals wandering silently through the night. Therefore, foxes do not readily stand the scent of humans.

Surprisingly enough, the most effective scent we have in our arsenal is the smell of urine. The method of using urine is also used against other predators, so there’s an excuse for you not to use the toilet inside, just once.

Other scents which might relate to human danger are the odors of strong perfumes. Genuinely, as perfume is highly artificial – being made up in a lab out of a bunch of chemicals – it is ‘human’, and not a smell which a fox will naturally favor.

However, what would be even more effective would be to use the urine of a natural predator, a wolf, for instance. As the wolf is a common enemy of the fox, it goes without saying that a wolf’s urine can serve as a warning signal to our clever subject. As such, using wolf’s urine can be an excellent technique to lure a fox away.

For more information on using a predator’s scent, feel free to have a look at Predator Pee 100% Wolf Urine.

Even if you don’t use Predator Pee, make sure you look out for another 100% urine formula, as some products can be heavily diluted and not give off a strong scent.

Are Foxes Really a Pest?

Whether you landed on this page due to your continuous sense of curiosity or whether you are currently playing cat and mouse with a sly fox in your backyard, it is essential to understand why these dog-like, reddish animals are, at times, seen as a pest.

In general, it should be clear that all animals can be considered as a pest.

Overall, an animal becomes defined as a pest whenever the animal in question poses a destructive threat towards people, property, and livestock, etc. Therefore, what passes as a pest relates to the relationship between species and the circumstances we find ourselves in, as opposed to connecting to the animal itself.

Indeed, dogs are our number one pets, but wild dogs are also known pests. As such, even an elephant outside its natural habitat can form a pest for local farmers in Africa or Asia, when trampling crops.

Even Australia’s beloved kangaroos are classified as pests, as their occupation of grassland is from time to time seen as unwelcome competition for farmland. The same goes for foxes, as they sometimes wander around the countryside in North America, scavenging for food and shelter.

Whenever in doubt, please don’t hesitate to call your local animal control. You can also choose to contact our nationwide network of pest and wildlife control professionals to find a contractor near you within a matter of seconds.

Thanks again for reading! For more information concerning foxes, right here on Pest Pointers, make sure to look at our guide on using a radio to deter foxes!

Trut, L., Oskina, I., & Kharlamova, A. (2009). Animal evolution during domestication: the domesticated fox as a model. 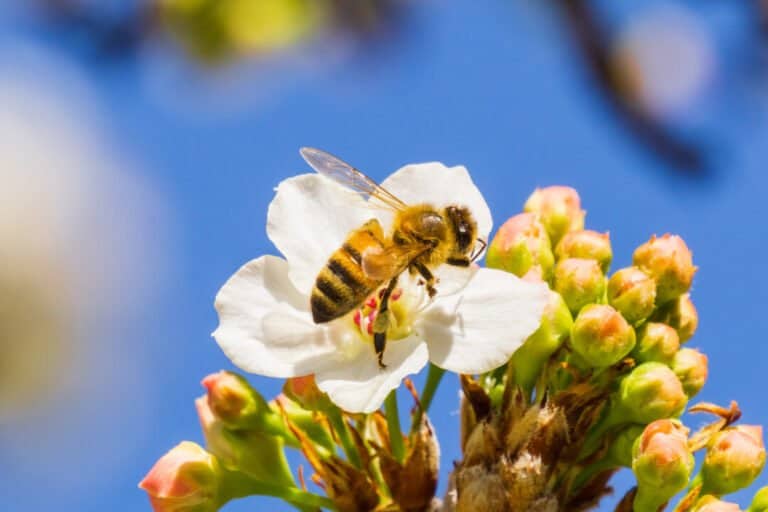 Some people find the buzz of bees soothing, like listening to pattering rain on a rooftop. Others hear the noise and want to run in… 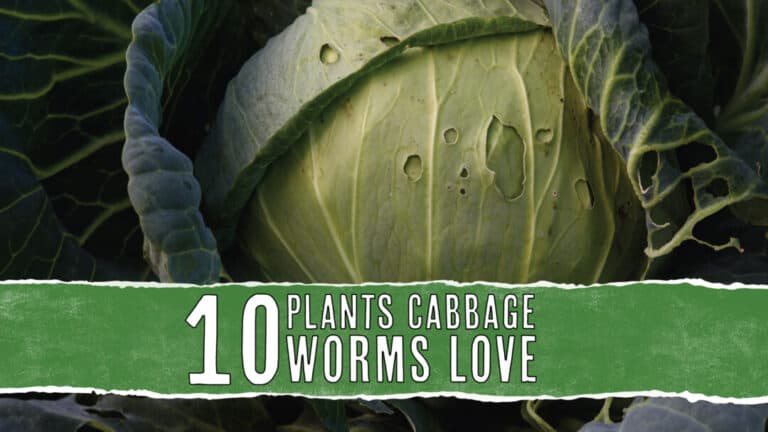 Cabbage worms are the larval form of cabbage butterflies, and just like you may have been taught in grade school, they can eat through a… 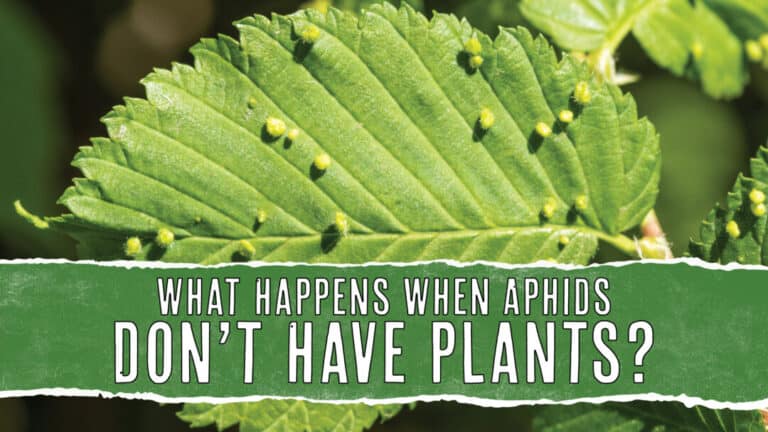 Aphids are a common pest found in the garden and yard. These little insects love to feed on your vegetable plants, ornamental flowers, and even… 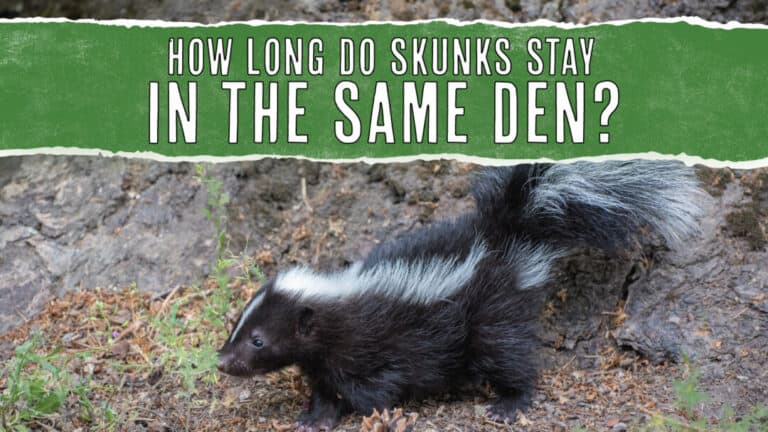 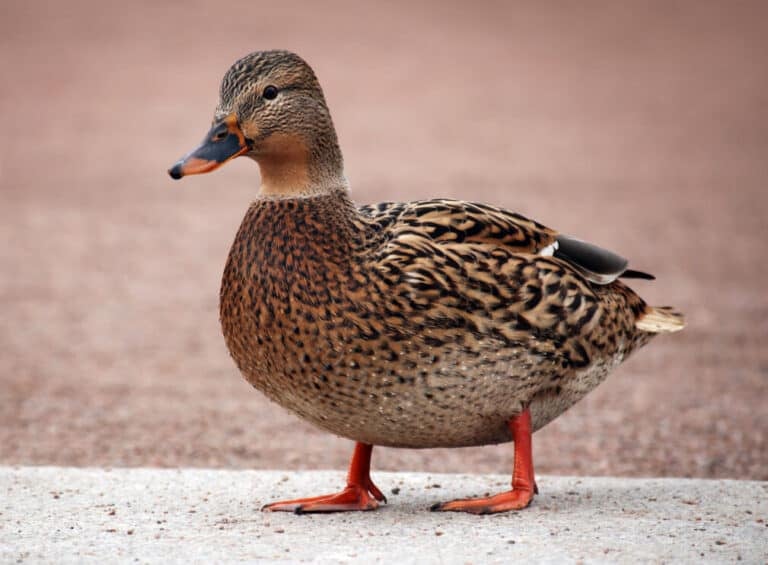 Ducks are adorable creatures you’ve likely fed out of your hand at one time in your life. They also make for fun cartoon characters. But… 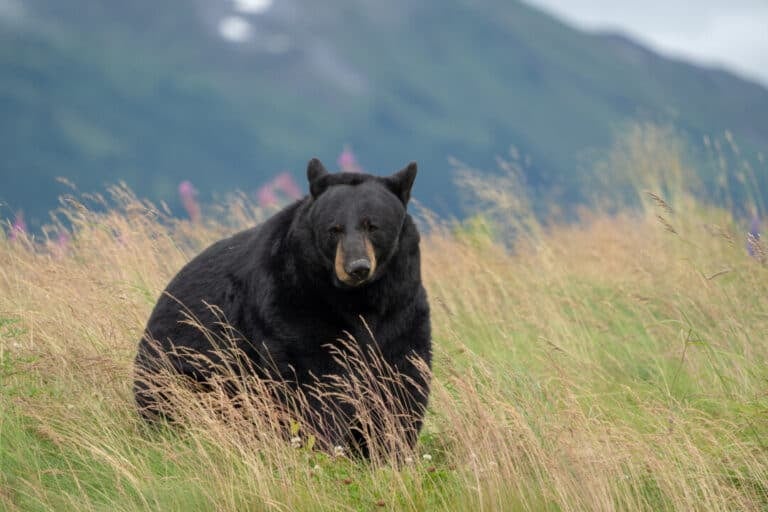 If you live in bear country, you may have some pretty frequent encounters with bears. Or maybe you don’t live near bear country but like…