As whiteflies are a plant-based pest, turning green leaves into yellow whenever they attach themselves to a plant, you might wonder how you can get rid of them safely. Although insecticides are to be avoided like the plague, one might wonder what to do with antiseptics. Can Hydrogen peroxide get rid of whiteflies?

Hydrogen peroxide can eliminate whiteflies, but it can also damage your plants, especially in higher doses. To prevent and get rid of whiteflies, you should inspect your plans before taking them inside, wash them regularly, invite natural predators into the garden, or use an insecticidal soap.

In short, hydrogen peroxide is an antiseptic, meaning it is used as a chemical compound to attack microorganisms. As for whiteflies, they are tiny, sap-sucking insects that feed on the nutrition of plants. When it comes to dealing with this pest, you might wonder what the use of an antiseptic like hydrogen peroxide might do.

What is Hydrogen Peroxide?

As hydrogen peroxide is mainly an antiseptic, it means it is a chemical compound that serves to destroy or prevent the growth of microorganisms. In general, hydrogen peroxide is often applied to treat and disinfect minor wounds inflicted upon the human skin. Wounds such as bruises, scrapes, small gashes, and burns.

Besides its purpose as an antiseptic, hydrogen peroxide is used as an oxidizing agent and bleaching product. As such, it seems rather evident that it can get rid of whiteflies, but is it harmless? And what about the protection of our plants?

Hydrogen Peroxide as a Pesticide

When hydrogen peroxide is used as a pest control agent, it often leaves devastation in its wake. This, especially when frequently applied in high doses. As a pesticide, it is clear that hydrogen peroxide can get rid of whiteflies. However, doing so will harm the whiteflies in question while potentially causing damage to your plants as well.

In the rare case, you do actually want to make use of a trap of some kind; you can avoid pesticides and insecticides by choosing, as a last resort, to make use of a sticky trap made of non-toxic material, like Kensizer 30-Pack Dual-Sided Yellow Sticky Gnat Traps.

These sticky traps will ultimately help to keep the whitefly infestation down, but aren’t a total cure all.

If you have a severe whitefly infestation, you can contact a pest control professional near you using our partner network.

However, generally speaking, there are instances where diluting hydrogen peroxide with water can work. It is deemed safe for plants when making use of small amounts of pesticides. That said, even with a small dose of hydrogen peroxide, there are a few more efficient ways to getting rid of whiteflies while keeping your plants in full health.

Alternatively, you can use an insect killing soap on your plants to eliminate pesky whiteflies. If left unchecked, whiteflies, much like aphids (they’re related), will sap the nutrients out of your plants quite quickly, especially in larger numbers.

A good insect-killing soap that eliminates whiteflies is Safer Brand 5118-6. It’s OMRI listed for organic use and can be used on both ornamentals and edible plants. Essentially, the solution will need to be diluted and put through a sprayer but follow the product instructions for how to use it in your specific situation.

Alternative Solutions to Naturally Get Rid of Whiteflies

If you don’t want to use an insect-repelling soap or another form of pesticide or insecticide, then there are a few other ways you can naturally get rid of whiteflies.

Whiteflies are hemipterans closely resembling the characteristics of aphids, which are sap-sucking insects that attach themselves to a juicy leaf. As they are generally spotted on plants, it makes sense to get rid of them by using plant-friendly strategies.

Quick fact: If a whitefly is attached to one of your plants, it is most likely situated on the bottom side of a leaf – as leaves store a bunch of nutrition. Doing so, they conveniently remain out of sight – finding extra protection for their hatching eggs. As for when to spot them, whiteflies mostly come out during the day, thriving in mild to warm climates, and are thus mostly seen during spring and summer.

First and foremost, natural predators present a win-win situation when it comes to maintaining a safe and healthy environment in your garden or greenhouse.

Natural predators which are frequently reported to get rid of whiteflies on plants are the ladybug, wasp, and the green lacewing – although some other insects might occasionally do the trick.

In general, the natural predators prey on aphids and similar soft-bodied insects. As such, they offer us a natural defense when it comes to getting rid of plant-based pests.

As much as whiteflies enjoy coming out under the sun, our natural predators usually show up in milder to warm climates, venturing about en masse in the company of a summer breeze. Besides preying on soft-bodied insects, the predators mentioned above are also known for their hatching larvae which serve as parasitoids to aphids and other insects like oval-shaped whiteflies.

So, just how the heck do you introduce these critters into your garden? Well, you can literally purchase LIVE ladybugs online that are overall, fantastic for the ecosystem of your garden. Check out this pack of 1500 Live Ladybugs from Bug Sales.

There are specific instructions on the package, but the idea is to slowly introduce the ladybugs to your garden over a period of weeks and thus, they will begin to eliminate the whiteflies naturally.

The other benefit is that the lady bugs will work against many other invasive species that try to get into your garden as well.

However, this solution is for outdoor use only.

In general, parasitoids are larvae that are born amidst their prey, living, feeding, and growing as a parasite on their host. As such, some natural predators present a different way of getting rid of whiteflies.

When it comes to safely removing the tiny whiteflies from your plants indoors, natural predators and their parasitoids are not the ideal strategy, as it is best to avoid any insects from harboring inside the warmth of your home.

Overall, natural repellents such as strong-smelling plants are often used to get rid, or more precisely, to avoid insects from settling down inside your lovely garden or greenhouse.

When it comes to whiteflies, the green they tend to avoid includes aromatic plants such as basil, parsley, marigold, or mint. Although not entirely conclusive, they might assist in making your garden look less attractive for these leaf-hanging insects.

If you’re not as much into using aromatic plants to get rid of whiteflies, than you can take a gander at this natural spray, Trifecta Crop Control Ready to Use Pesticide.

Essentially, its a natural combination of garlic, thyme, clove, peppermint and corn oil base and specifically lists whiteflys as one of the pests it repels – along with a host of other mites and sap sucking insects.

The Use of Water and Cleanliness Against Whiteflies

Lastly, the best strategy to use when it comes to safely and naturally removing little whiteflies from your beloved plants is to keep your plants clean and simply wash off the whiteflies when necessary.

Of course, a natural repelling spray might serve to prevent whiteflies from settling on a plant – although there are aromatic plants reported to be riddled with whiteflies as well – once you do have whiteflies attached to the leaves of your plants, it is best to make use of water to clean them off again.

The top way to keeping your plants safe inside the heart of your home is to prevent whiteflies from entering your house in the first place.

Therefore, it is crucial to inspect the plants you acquire before inviting them inside the safety of your property. Whiteflies, although capable of a short flight, usually attach themselves to plants early on.

It is safe to say that they transport themselves from one place to another by way of a plant. So making sure to hold thorough inspecting when acquiring a new plant or when receiving a plant from a friendly neighbor is the best way forward.

Thanks for reading, and happy whitefly repelling! 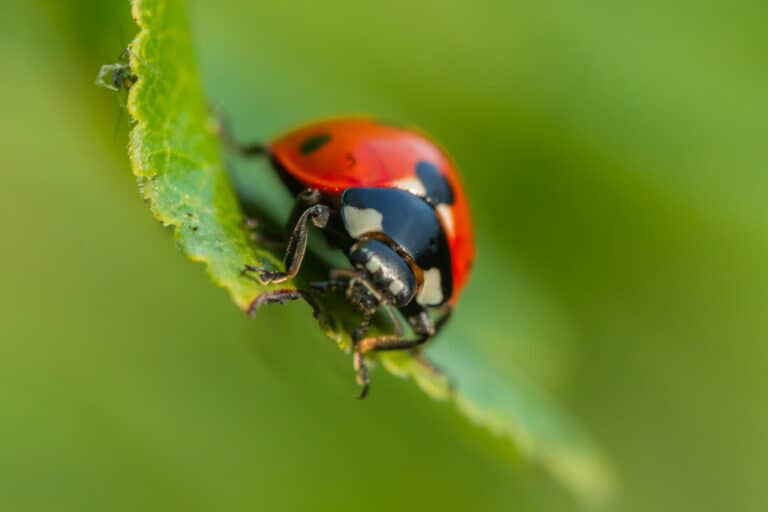 Ladybugs, otherwise known as lady beetles and ladybird beetles (or if you are feeling fancy, Coccinellidae), are a common house pest and known to show… 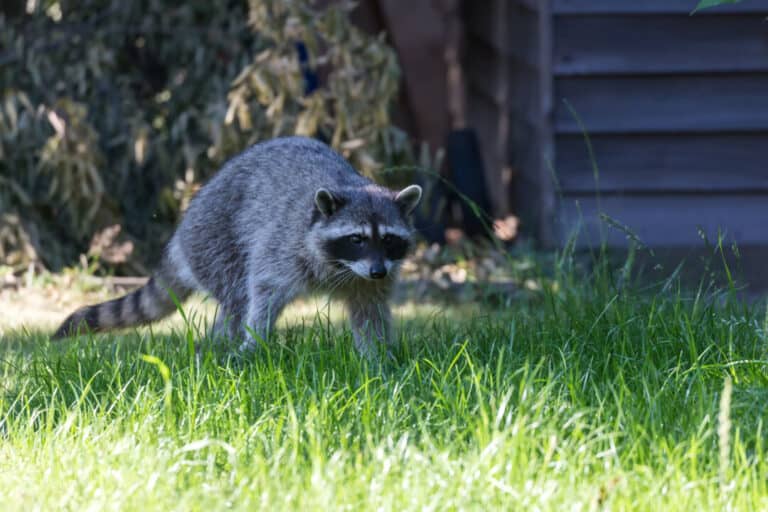 Unless you live in a desert state like New Mexico or Utah, you will find raccoons throughout the United States in rural, suburban, and urban… 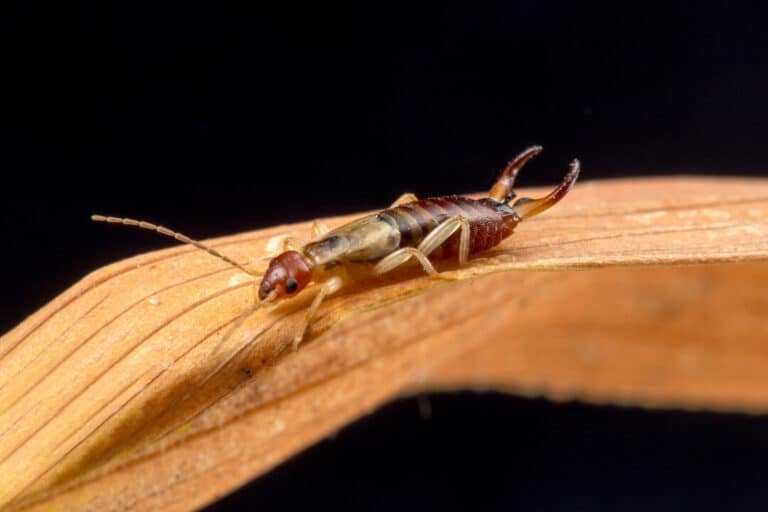 Earwigs are part of the Forficulidae family and have long, flat bodies with forceps-like pinchers. Often times, you might just find one of these crawling… 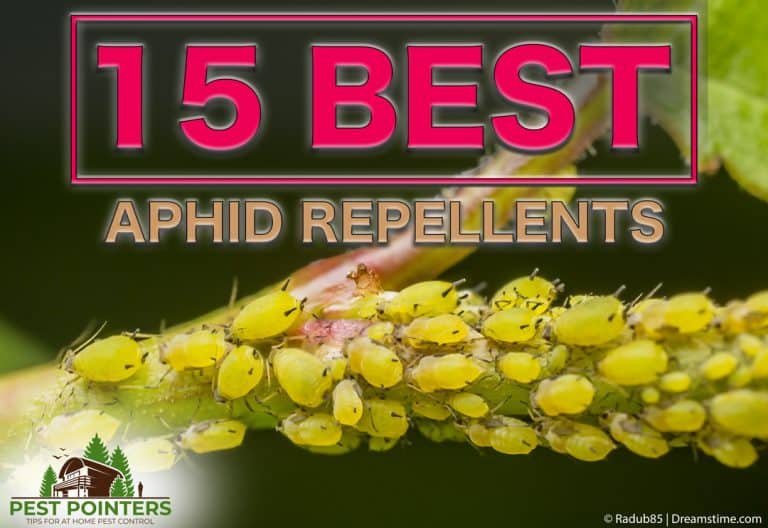 You put a lot of time and care into your garden. However, aphids can destroy all of your hard work within a few weeks. There… 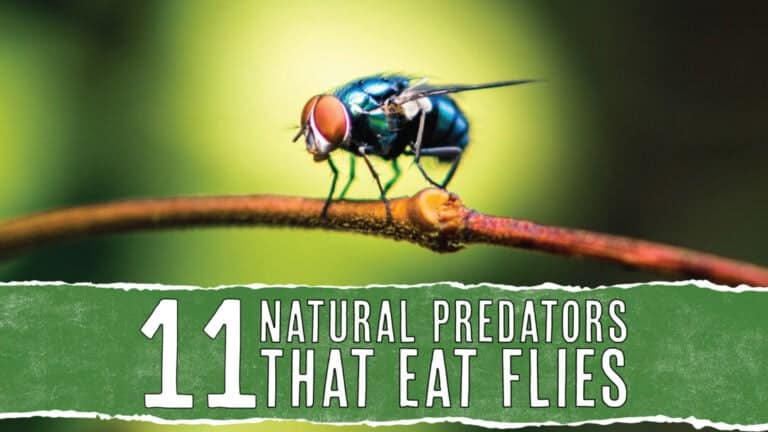 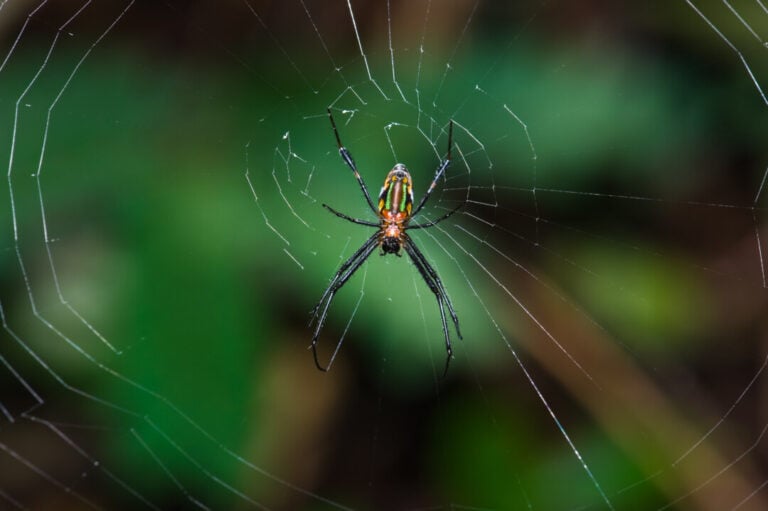 Seeing a spider is probably enough to make you jump out of your seat. They are not something you want hanging around your house. Unlike…