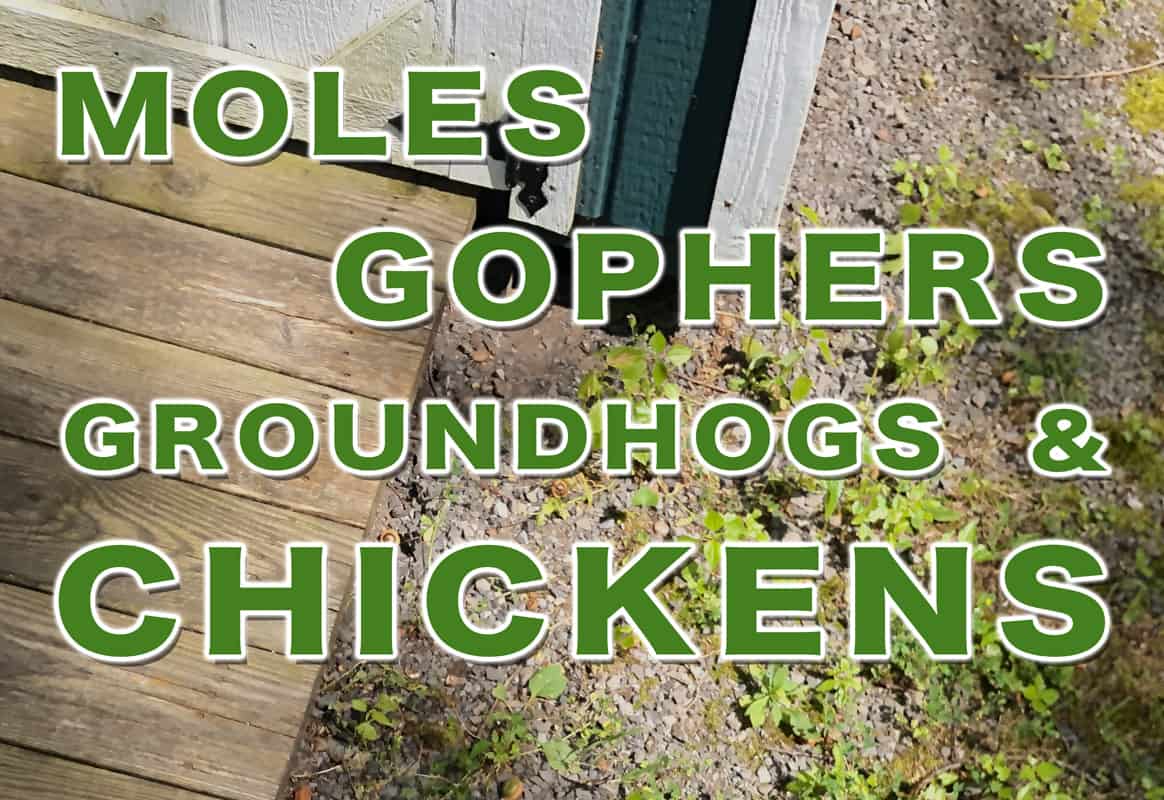 It’s only a matter of time before some kind of animal or critter tries to make it into your chicken run. Moles and gophers, two digging animals, have the potential to dig under your chicken wire and make it inside the coop.

Moles, gophers, and groundhogs do not eat chickens. If anything, an adult chicken will eat a mole and possibly eat a gopher, depending on the size of the animal. A groundhog will not eat a chicken and is too large for a chicken to eat.

Chickens are generally pretty opportunistic eaters and will eat anything from the feed they’re given to small insects, mice, and even moles and groundhogs!

Why a mole won’t eat a chicken

Moles are pretty strong diggers and generally go after gardens in search of grub.

Most likely if a mole ends up in your chicken run or coop, it isn’t because they were going after your chickens but rather, were in search of food.

Really, there is no reason for moles to attempt to get into a chicken run, as their main diet consists of mostly insects and grubs.

Moles generally are more of a garden pest, rather than a chicken pest because of their search for grub, larvae, and all that other good stuff.

Basically, when they’re searching for grub, insects, earthworms, etc., they end up tearing through homeowners gardens causing a whole mess of issues.

Even if a mole was to come across a chick, they would still be much too small to attempt to eat it.

Will a chicken really eat a mole?

Yes, a chicken will really eat a mole. An adult mole can grow up to about 6 inches long and generally, they have terrible eyesight.

For comparison, an average, full-sized adult mouse grows up to roughly 4 inches in length and weighs about half a pound.

Essentially, from a chickens viewpoint, moles and mice are one in the same.

If given the opportunity, a chicken will more than likely use a mole as their next meal. Chickens eat similarly sized animals such as frogs and mice as well.

While chickens prefer other foods, such as lettuce, pumpkins squash and other delicious veggies, they are vary opportunistic eaters when left to roam.

Why a gopher won’t eat a chicken

Similarly to a mole, gophers are pretty small in comparison to a chicken. Gophers can get up to about 8 inches in body length so they aren’t THAT much bigger than moles, but are almost double the size of a typical field mouse.

Furthermore, gophers like to snack on plants and grubs, making them a gardening pest rather than a chicken pest.

Really, they’re just too small to eat chickens, and their standard diet of plants and insects doesn’t indicate that they’d be interested in eating chickens as well.

The only plausible case where a gopher MAY ever eat a chicken is if it’s a chick that has just hatched and is quite small in size to a point where the gopher is significantly larger by comparison.

Even so, this is highly unlikely, as it isn’t standard within the typical diet of a gopher by any means.

Will a chicken really eat a gopher?

Given the opportunity, a chicken may very well eat a gopher. As stated above, chickens are rather opportunistic eaters when left to roam in a field or run.

An adult gopher ranges in size anywhere from 5-8 inches, so they’re a bit on the larger size for a chicken to eat, but it may very well happen.

Regardless, a chicken will possibly eat a gopher if one was to make it inside of your run.

Chickens have been known to eat similarly sized animals such as field mice and frogs and while gophers are still just a bit larger than both of those animals, it still is plausible to happen.

This isn’t to say that a chicken will go out of its way to go eat a gopher, but there are many variables where if presented the opportunity, it’s a pretty likely case one of your chickens will take a shot at eating a gopher.

If you want to keep chickens from even considering eating gophers, you need to keep gophers outside of your run in the first place. If the gophers can’t enter your run, your chickens can’t even think about eating them!

Why a groundhog won’t eat a chicken

Groundhogs are primarily herbivores and don’t like to eat meat, including chickens. Preferably, groundhogs like to eat plants, vegetables, and greenery. While it isn’t impossible for a groundhog to eat a chicken, it isn’t very likely.

By nature, both chickens and groundhogs are just too large for one another to attempt to eat. When a groundhog does venture out of its typical diet of plants, it mainly will eat other small insects and grub.

While groundhogs can potentially eat other small animals, it’s not on their standard diet list. The possibility of them eating a chicken is extremely unlikely, but like anything – it isn’t impossible.

The most likely scenario for a groundhog eating a chicken is chick. If given the opportunity, this possibility may play out but again, isn’t totally likely.

The best thing to do is to make sure your run is protected from gophers and that they have a hard time making it into your run.

Why won’t a chicken eat a groundhog?

A chicken won’t eat a groundhog because groundhogs are too large for a chicken to eat. While chickens have been known to eat mice and frogs, a full-grown groundhog can measure over 20 inches long, which is 4-5 times the size of a typical field mouse or frog.

Naturally, we’re talking about a live groundhog here, but it’d be rather difficult for one of these feathered fellows to corner a groundhog, due to their size.

In addition to frogs and mice, wild chickens will eat just about any insects or crawling critters they can find that are within their size.

A groundhog is simply just too large for a chicken to even consider eating.

How you can keep moles, gophers, and groundhogs away from chickens

Essentially, you’ll want to make sure of a couple things.

First and foremost, if you’re reading this article you more than likely have a chicken coop and run already set up, which is great.

For actually keeping these animals out of a protected area, you can read our guide here that gets specific on keeping gophers out of protected areas using chicken wire.

The same methodology can be applied for moles and gophers too.

For the short version, you can do a few of the following things.

First, make sure that your chickens are in a coop thats off the ground when they aren’t out roaming. This will greatly help to keep a variety of different animals away, not just moles, gophers and groundhogs.

Second, you should look into burying the chicken wire around the base of the perimeter from where you’re trying to keep these animals out.

The chicken wire, when buried and applied correctly, will make digging past the barrier extremely difficult for these animals and keep them away from your chickens.

The guide goes a bit deeper, but you essentially need to find the proper wire, figure out the best depth situation to bury the wire (usually around 2ft deep), and point the wire outwards towards the area you’re trying to protect.

Pointing the wire outwards will be key as it will prevent the animals from digging under and around your freshly installed barrier,

Genuinly, I hope this article provided you a bit of value, and that these digging critters aren’t bothering your chickens too much.

Jacob, J., Pescatore, T., & Cantor, A. (2011). How much will my chickens eat?. Cooperative Extension Service, University of Kentucky. 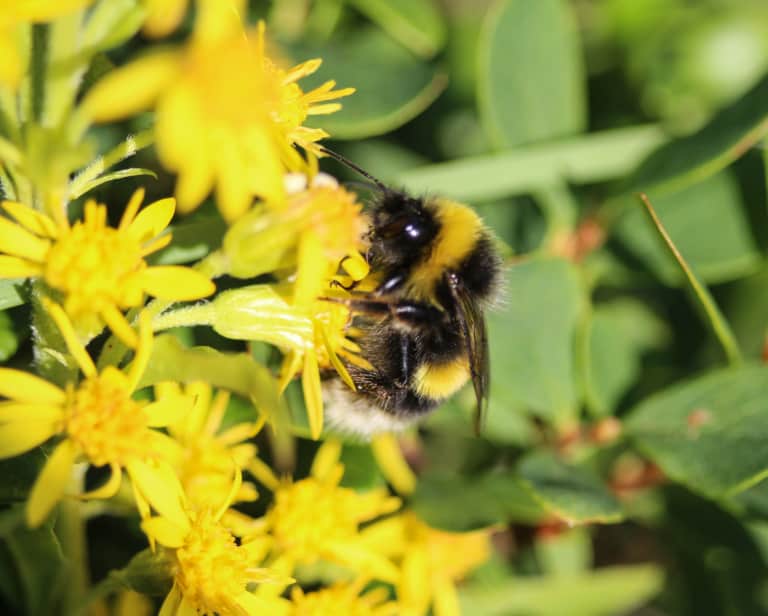 A majority of the general public often fear honey bees and wasps. Most often, this is because it is hard to tell the difference between them… 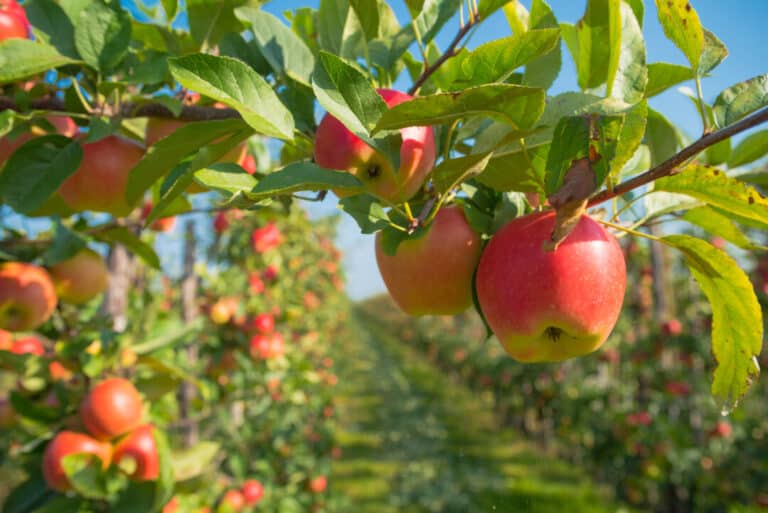 Apple trees are a delicious addition to any yard. Unfortunately, they also play host to lots of hungry bugs and insects, ready to dig into… 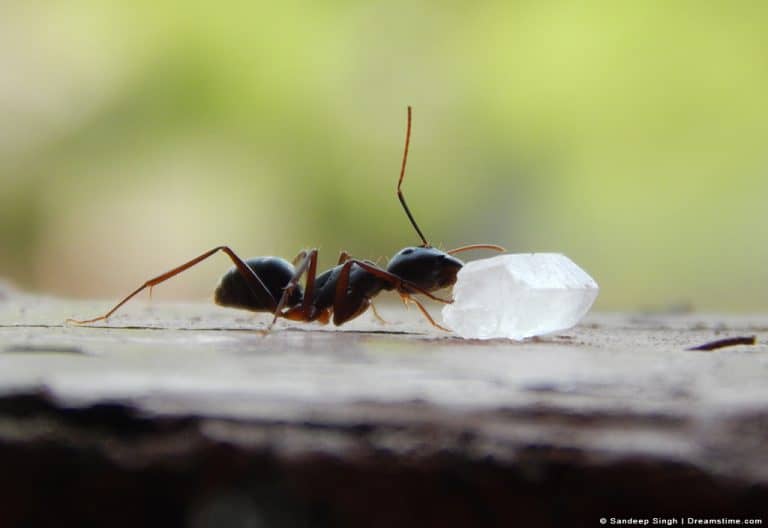 The eternal enemy of picnickers, ants are a nuisance, plain and simple. Whether they’re invading your kitchen or your outdoor space, their sudden appearance may… 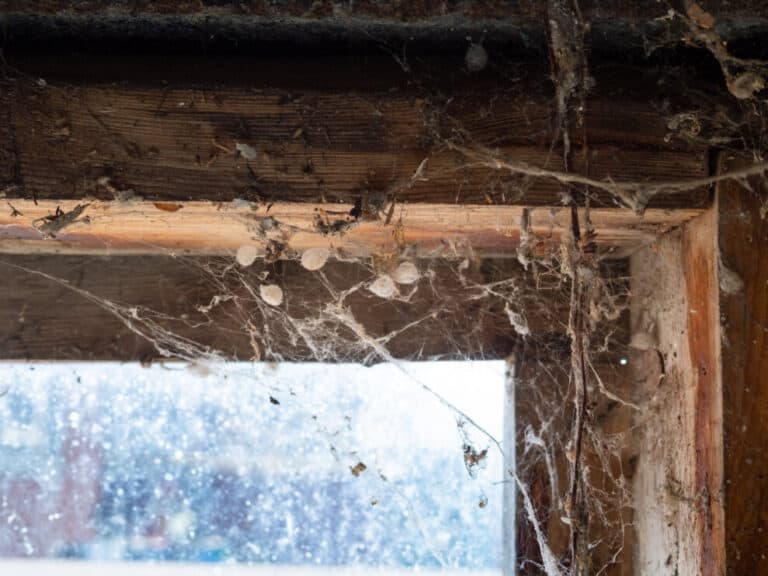 Spiders can be cute as a Halloween decoration, but they can be a nuisance in your house. Sure, they might eat up some other insects… 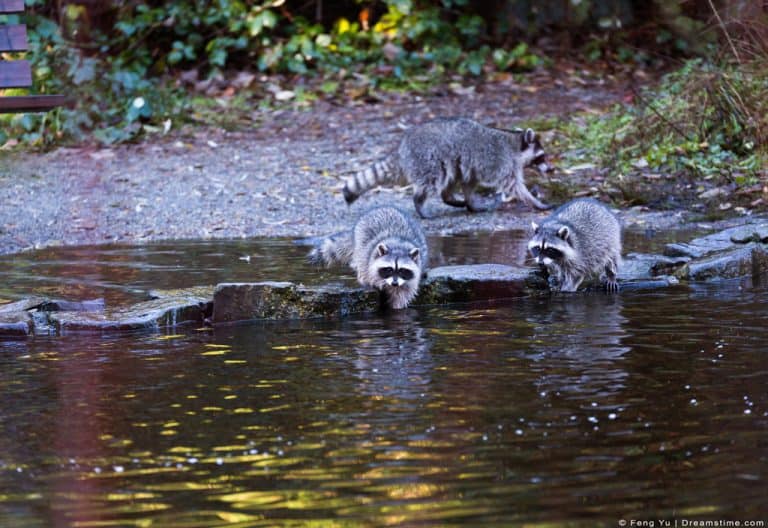 Raccoons, masked bandits, trash pandas; whatever you may call them, raccoons are easy to recognize backyard animals. Their signature masked face and bushy banded tail… 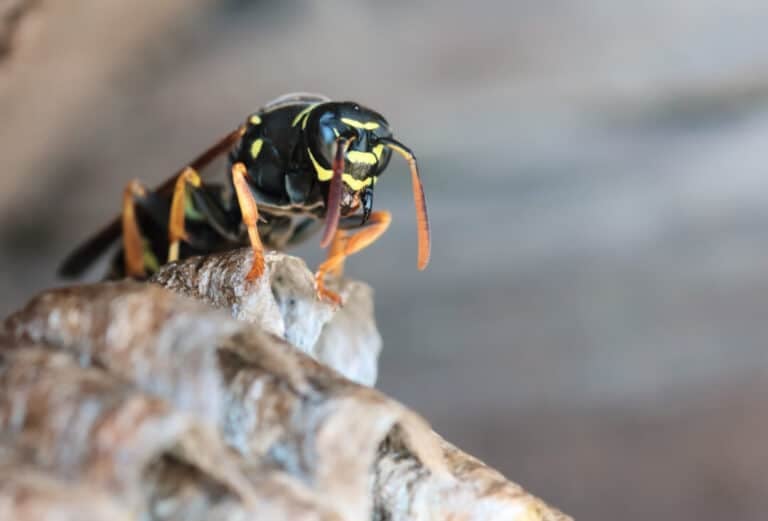 Wasps are everyone’s least favorite visitor to porches, picnics, and outdoor gatherings in the summertime. If there was a way to make yourself invisible to…