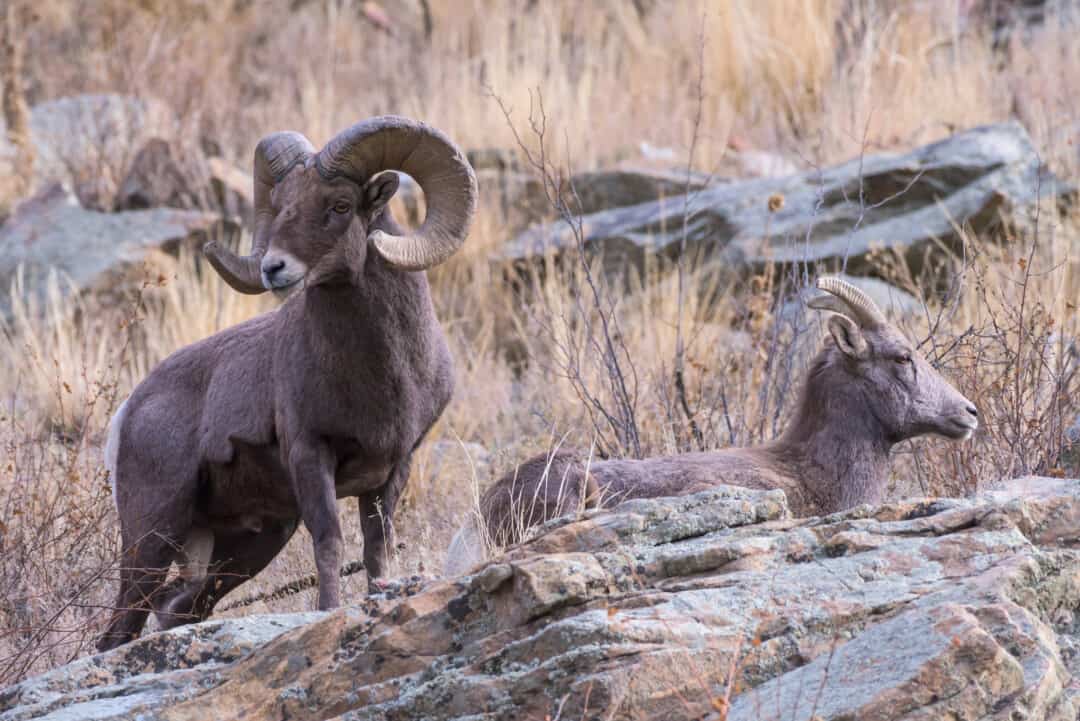 Have you ever seen a sheep with horns? What about a sheep without horns? Truth is, you’ve probably seen both.

So, do sheep have horns? Yes. Both male and female sheep can have horns but not all of them do. Bighorn sheep, Thinhorn sheep, and some Ewe sheep all have horns! The size of the horns depends on factors such as gender, species, age, and environment of the sheep.

It’s wild to think about. Most of the time when mammals like sheep have horns, it usually means that they are either a male or a female. Sheep are the wild exception to this rule. Oddly enough, there are a ton of factors that go into just why some sheep have horns on their heads and others don’t.

The Ways That Horns Appear in Sheep

Scientists use some weird terminology to describe whether or not sheep have horns.

So, let’s get scientific for a second. When sheep have horns, they are described as non-polled animals (meaning they have horns).

When sheep don’t have horns, they are called polled animals.

There is a little bit of a middle ground between having horns and not having horns. Some sheep may not grow visible horns but have scurs, which are partially developed horns.

In order to know why which sheep has what kind of horn, you have to look at factors such as what type of breed the sheep is, how old the sheep is and even look at its sex (even though its sex doesn’t fully determine if it will have horns).

Some breeds of sheep have both horned rams and ewe but in specific other breeds, only the ram itself is horned! Breed mixture and many genetic variations over time has led to the ability of for some rams / ewes to have horns while others don’t.

For instance, take the Bighorn Sheep (Ovis Canadensis). Where do you think they got their name from?

You guessed it, they have large and beautifully shaped horns.

Comparing the ram to one of their female counterparts is the Ewe. This is often the vision you might have when you’re thinking of a typical sheep. Many ewes don’t have horns but some species do.

For the ewes who make the cut, they have smaller horns which are slightly curved to make a sharp point as they grow older.

The growth of horns in sheep is marked by horn buds already at birth. Sheep horns will grow throughout their lifetime, but, most growth happens in the first two or three years of a sheep’s life. Interestingly enough, the sheep’s horn size increases with age.

Really, really fun fact here. In sheep and rams (remember, rams are also sheep), a bigger horn size means that the sheep has a higher chance of survival than those with smaller horns.

Depending on the sex of the sheep, their heredity (parents) can also cause a pretty big size difference between horn size in a species of sheep. For instance, take two different rams (male sheep with horns). One ram may have MASSIVE horns while the other has tiny ones. The difference is most likely due to their genes, just like how some humans are taller or shorter than one another.

This applies to both male and female sheep. One Ewe may have longer horns than another ewe, where a lot of that difference probably comes from their parents and how they were raised!

Environmental conditions can actually cause a factor in how big a sheep’s horns can get. For instance,  For example, a study on desert Bighorn sheep found that a drought in the desert led to smaller horns for the sheep.

In part, this was probably due to a few factors. If there was a drought, the sheep were probably malnourished and dehydrated so they just weren’t healthy enough to grow proper horns. The same goes for any other species! If you’re in a healthy, thriving environment with a lot of food, water, and social activities, you’ll thrive and grow the best that your genetics allow you to!

In this case, the same philosophy was most likely what happened to the sheep and their horns in the desert.

Some facts about sheep horns may not be obvious, but explain the uniqueness of sheep as a whole.

The most interesting thing here is that some sheep breeds have two pairs of horns instead of just one. Four horns! That sheep is doing very well for themselves.

Also, a big congratulations to Poncho Via from Alabama holding the Guinness record for the longest pair of horns. That’s no small feat. 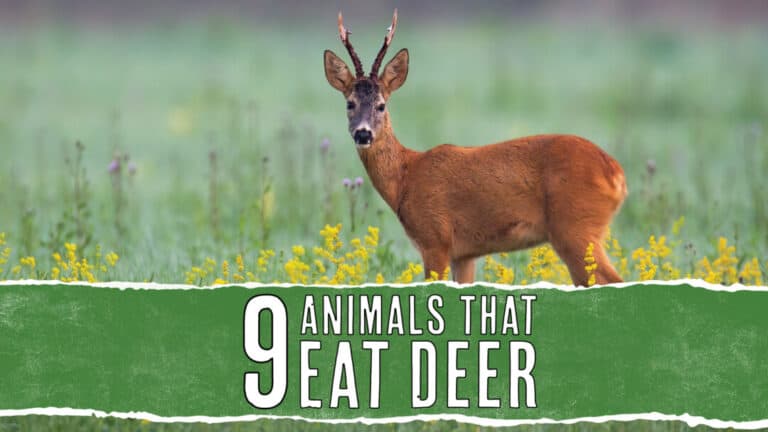 Deer are a common animal seen just as often in the wild as in residential backyards. These hoofed animals can make a mess of our… 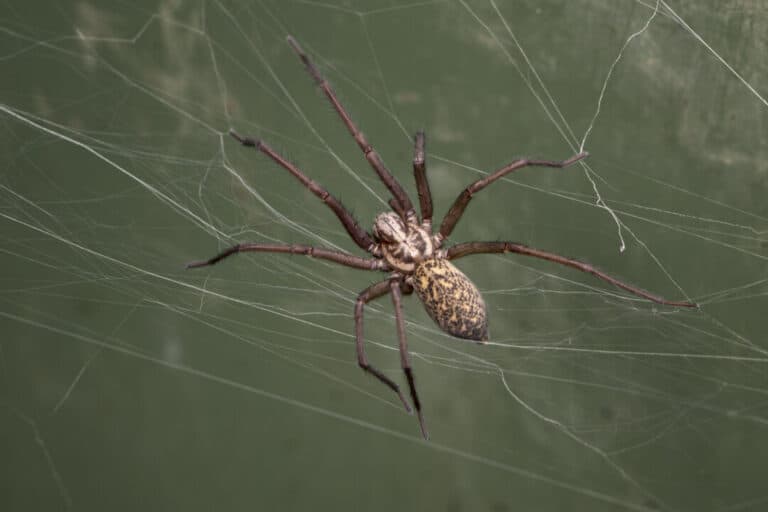 No matter how diligently we watch for spiders, they seem to be in our homes before we know it. Nobody wants to be overrun by… 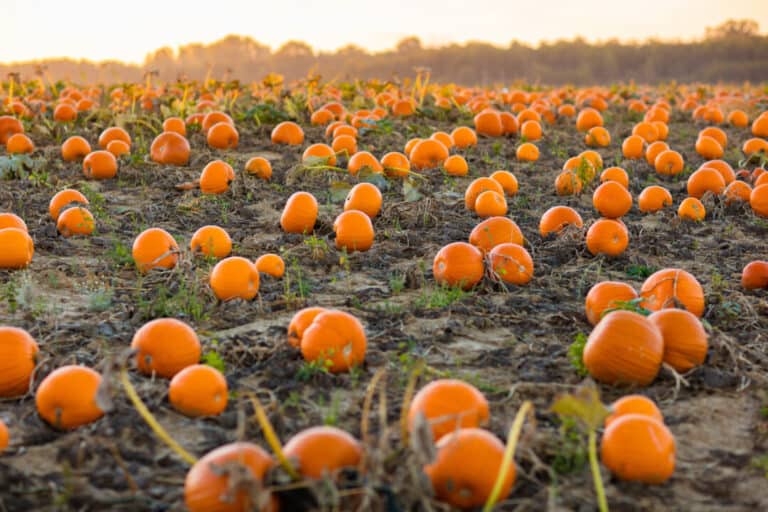 If your plan for the perfect pumpkin patch for this fall is being devoured in front of your eyes, some animals have likely made their… 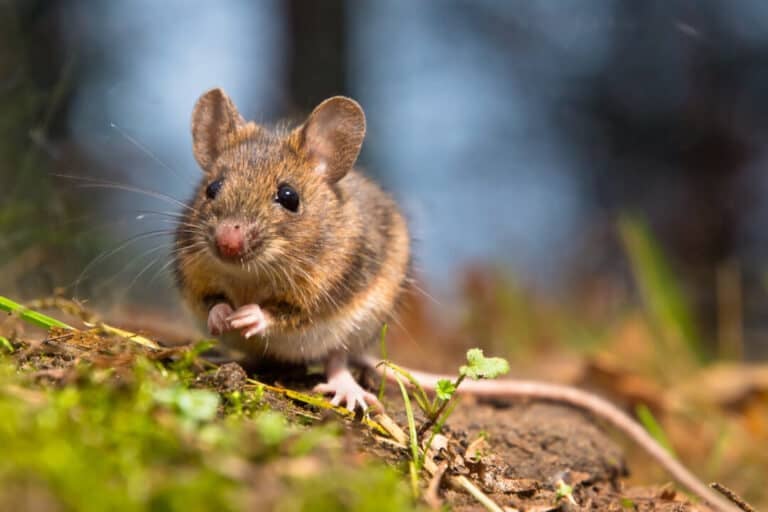 Mice may be cute, but are nothing but a headache for you and your home as they are pesky and carry a number of things… 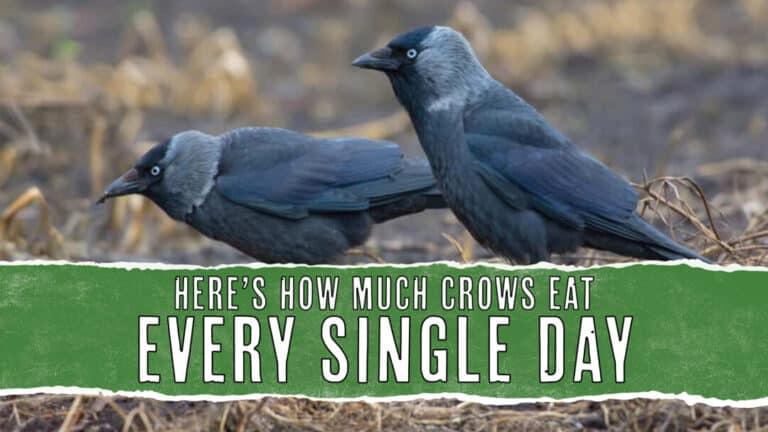 It is no secret in the bird world that crows are some of the most intellectually advanced birds. These clever birds have been known to… 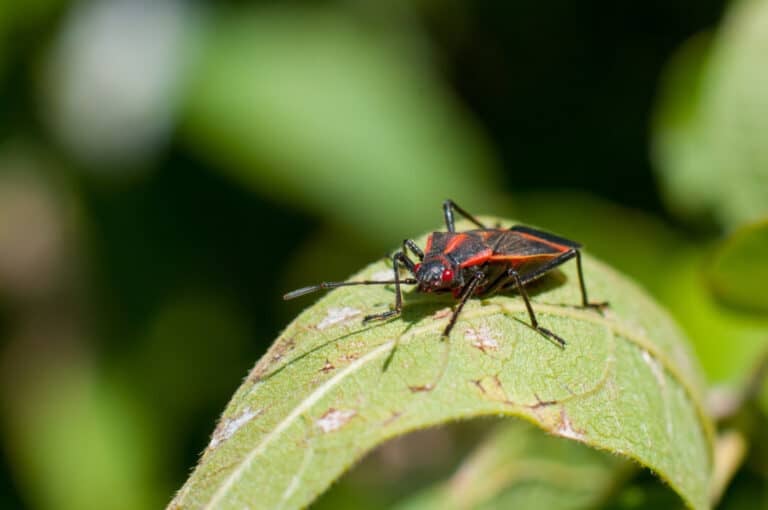 Fall can be an exciting time. The weather is cooling down, the holidays are coming, and the scent of pumpkin is everywhere! Something that is…