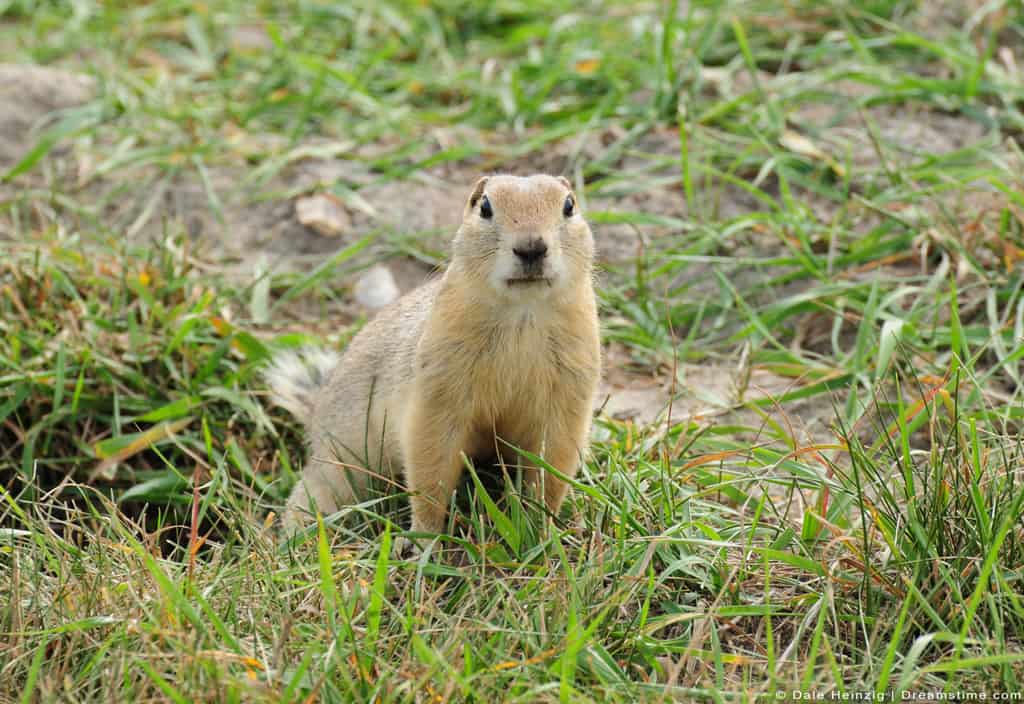 Gophers are burrowing rodents that are native to North and Central America. Also referred to as pocket gophers, the medium-sized tunnel constructors are known for their busy lives underground. Occasionally, however, you might see one sticking its head out. But why do gophers come above ground?

Gophers are omnivores that enjoy an occasional plant-based snack. They might come above ground in search of plants and seeds. Above their search for nutrition, gophers may scavenge material for their nest. Gophers can be briefly spotted when relocating or trying to seal off a hole.

Gophers, with their extensive mazes underground, make the Greek labyrinths look like child’s play. Therefore, it is not surprising that they spend most of their time – 5 years on average – inside the comfort of a string of tunnels. Although generally speaking, gophers seldom show themselves above ground; you might be curious as to why it does happen once in a blue moon. Therefore we provide you with 3 interesting reasons why gophers come above ground. Let’s dig into it.

Gophers Are Above Ground Herbivores

First of all, it must be said that gophers rarely leave the comfort of their shelter underground. And when they do so, they do not venture further than a few feet away from their tunnel openings. Therefore, the likelihood that you spot a gopher running leisurely across your backyard is rather slim to none.

That said, when they do gaze above ground, they do so in search of nutrition. Indeed, gophers occasionally leave the comfort of their tunnels in search for plants and seeds.

Gophers are small – bigger than a mouse, smaller than a rat – omnivores which let their stomach speak. This means they eat whatever they can find, from worms and insects to plants and seeds. As the latter can be more readily found above ground, it goes without saying that they risk the occasional peak and sneak out to grab a mouthful of green.

As plants flourish during summer, it goes without saying that gophers go out to witness their bloom while avoiding their doom during winter.

They Scavenge Material For Their Nest

Gophers usually come in brown fur, a color that neatly matches the surrounding of their preferred, underground living spaces. Indeed, gophers love to be underground. Therefore, a reason why they might occasionally venture outside their comfort zone is to make it even more comfortable.

Although few and far between, gophers are said to venture above ground in search for material to strengthen their nests. This can be in the form of small branches or little rocks. These are then used in various locations to strengthen their tunnels, especially when it comes to building their nests or constructing their food storage.

Interesting fact: The tunnel complex of a gopher usually exists of a nest, a food storage, a main road, an escape route, and a drainage. After their constructions have been successfully completed, gophers tend to appreciate their work in silence, as they tend to prefer living in solitude.

If you have a gopher issue at your home, do not hesitate to contact your local animal control. You can also opt to contact our nationwide network of pest and wildlife control professionals to find a contractor near you within a matter of seconds.

Gophers Can Relocate Themselves From Hole to Hole

Gophers travel underground, extending their tunnels to whatever far end corner they wish to reach. They dig by making use of their teeth and have lips which are able to seal off their mouth entirely, thereby preventing dirt from entering their body.

Interesting fact: Rodents are part of the Mammalia class and make up to 40 percent of all mammals. What separates them from other mammals is their set of 4 singular incisors, front teeth, which serve for gnawing food, digging holes, and as a last defense.

Although their eyes are not strongly developed, they are known to use other means for navigation—for instance, their whiskers on their face. In short, whiskers are the long hairs projecting from the snout of its face, like a hairy cat.

These hairs do not cover the body, yet are rather strategically placed in relation to eyesight. They serve as sensors of sorts. Besides their whiskers, gophers also use their tail as a means of navigation.

Consequently, gophers do not feel the need to make use of their underdeveloped set of eyes, or venture above the ground searching for a spark of light. However, it is said that gophers might venture above the soil under our feet to relocate themselves between tunnels. Indeed, sometimes it might be easier to traverse from hole to hole than to patrol inside a series of tunnels below.

Finally, gophers might be briefly spotted outside their tunnels when choosing to close an exit hole, or when briefly pushing out some dirt. It can also be the case that the gopher in question wishes to venture elsewhere, and thus exists his or her tunnel as to start a new.

Why Do Gophers Avoid Coming Above Ground?

First of all, gophers have a wide range of predators, from mammals to birds. As such, gophers expose themselves to serious risks when venturing above ground. Predators include coyotes, wolves, snakes, owls, and hawks…

Think about it – they’re SO covered underground that by coming above it into any sort of open field, really wouldn’t be ideal. Of course, we do sometimes spot gophers above ground but really, it isn’t likely, and their safety is a big reason why.

Gophers are fairly harmless creatures. They do not possess great dexterity or heaps of strength. As such, it perhaps explains why they live their lives hidden from much of the outside world. Indeed, perhaps they even evolved to become masters of the underground, exactly because of their helplessness above.

Besides protection from predators, there are a few other advantages when living underground. Of course, gophers can find much of their food supply deep underneath, from worms and insects, to larvae and roots of plants. On top of the nutrition ready for the grasping, a life underground serves as a blanket of warmth.

In the end, there is little need for them to venture above ground. Indeed, as we have seen, gophers have everything their hearts desire, underground. From food to shelter and warmth, they find it all on their path when digging between the dirt beneath our feet.

In the rare case you do come across a pesky little gopher above ground, it might be wise to look out for its tunnel, and to go ahead and close it to prevent further trespassing along your lawn.

Quick tip: To make things easier when closing a gopher’s hole behind them, you can always choose to go with a natural repellent. For more information, you can have a quick look at the following Mole and Gopher Repellent.

Setting up a fence around your vegetable patch is also recommended going forward. For more information, the following Chicken wire will do the trick. Another way to outsmart a gopher is to plant some weeds, native edibles which do not particularly stand out for them.

Thank you for reading! 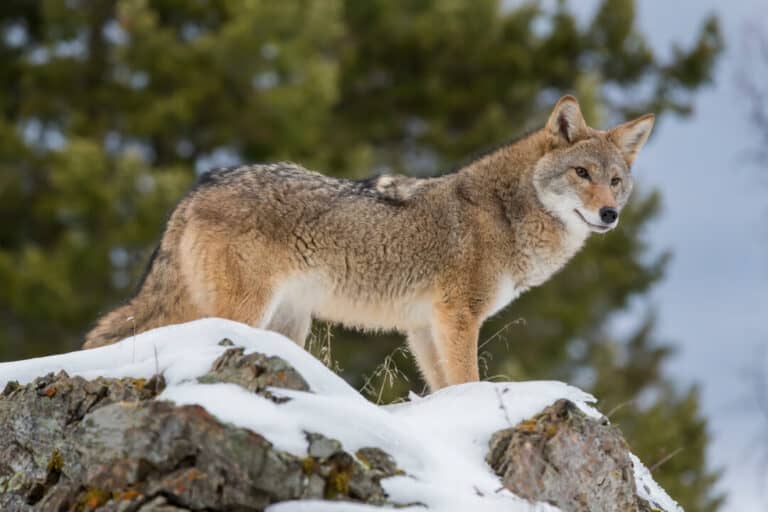 Coyotes are fast-spreading, intelligent predators that are highly skilled at catching small game and will eat just about anything they can catch, from mice and… 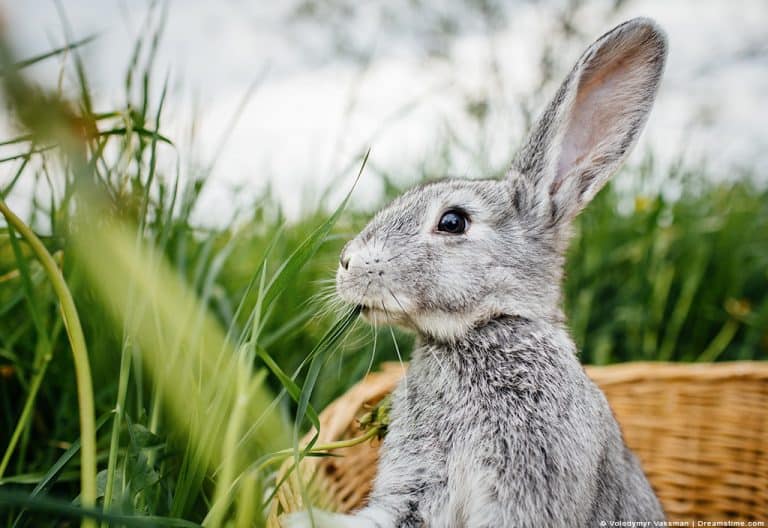 There is arguably no better way to beautify your garden than by using some good old-fashioned marigolds. However, it is not entirely clear whether these… 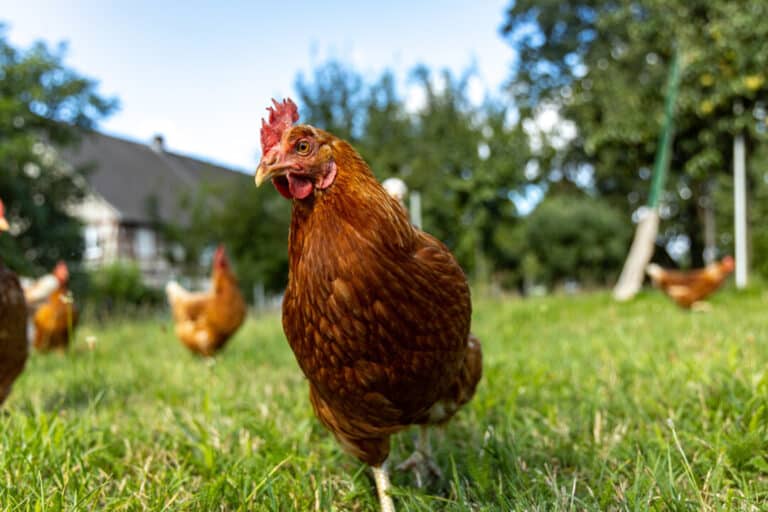 From keeping insect populations down (especially ticks) to providing us with a renewable food source, there are many reasons to keep chickens. You tend to… 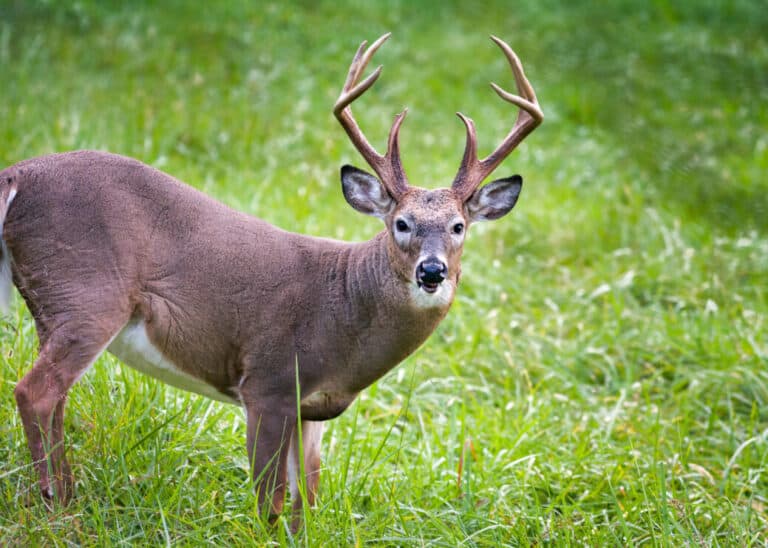 The white-tailed deer is one of the most iconic creatures of North America. Their sleek brown fur and swishing white tails are a treat to… 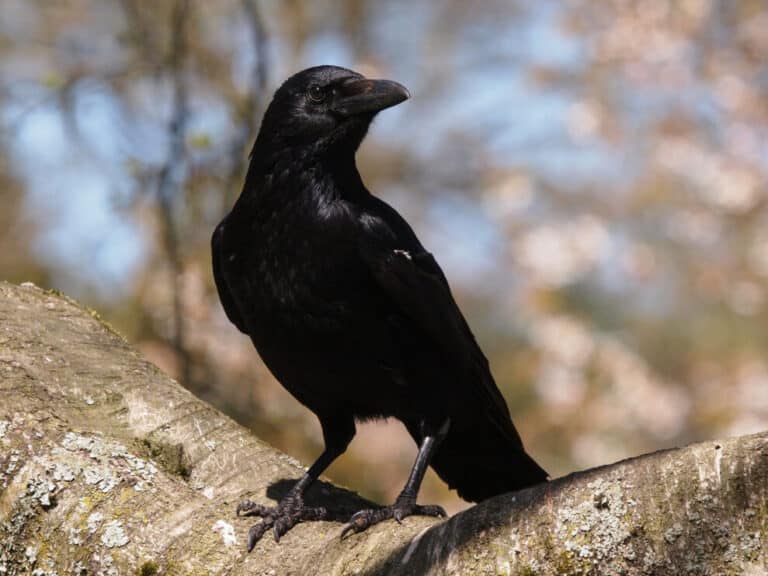 Crows are extremely interesting birds, who have the ability to hold grudges and make friends with people. However, crows have a few natural predators, besides… 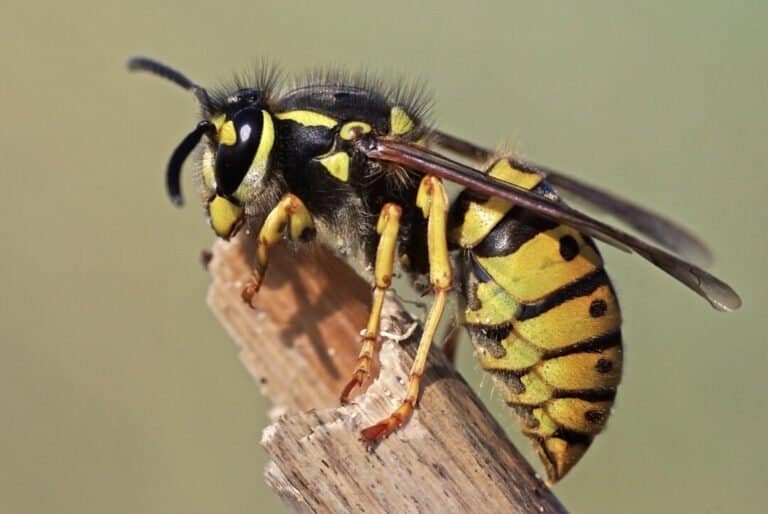 Wasps are unfortunately, no joke. So there’s no doubt you don’t want a family of wasps living in your house. If you have wasps in…