If you come across a bear while out in the woods, or even your backyard, your first instinct is to get the heck out of there ASAP. You might reach for the first thing in your backpack (which in this case is a flashlight), or maybe you have a motion sensor light set up in your backyard to deter any animal from coming back there.

Lights are good for detecting bears, and may keep them away at first – but over time, bears learn that lights are simply lights and have no adverse effect on them.

Now, lights are still great to have on your property to spot bears and other sorts of wildlife. Even more so, taking a flashlight with you near sundown is an excellent idea, However, lights aren’t great at deterring bears especially in the long term. Here are 3 reasons why lights won’t really startle bears.

Before getting too deep into this, I just want to say that I think it’s an excellent idea to take a long-range tactical flashlight with you out in the woods at sundown.

Having long-range tactical flashlight will let you spot a bear (or any other animal) from far away. This will allow you to spot any animal in your area from a good deal away and let you adjust your course accordingly.

That being said, those same flashlights aren’t very useful in actually startling or deterring a bear. The theory is that these tactical flashlights are extremely bright and will cause confusion for the bear. However, this is not the case.

Bears aren’t typically scared of bright lights because bears naturally have no negative association with bright light and don’t see it as a threat.

Take this example for instance: You’re driving down a two-lane highway, and you see a silver car turn their left blinker on, signaling that they would like to get into the lane to their left. Since this is such a routine daily task, you look at the silver car and expect them to get into the left lane.

As a human, you have this association with that left blinker on the silver car because you’ve seen many individuals get into the left lane after turning on their left blinker before.

Turning this back to the woods instead of the highway – If a bear has never seen the light before, then how will it know what will happen after it sees the bright light? Will it be a positive experience or a negative one? Really, it’s quite unpredictable what the bear would do.

In theory, a bear could be startled by a bright light when flashed in its eyes for the first time. However, it greatly depends on the bears previous association with bright lights – which can be varied, to say the least.

For instance, If you were walking outside and saw a strange flashing object you had never seen before, then you would most likely get a little freaked out and run away. However, if you were unharmed by the object and then happened to see it again, you would more than likely be less frightened or not even frightened at all if you knew it wouldn’t harm you.

A bear would more likely than not be involved in the same situation when confronted by humans with a bright light for both the first and second time. It’s all very situational and dependent on the bear’s previous exposure to bright light.

This situational dependency makes bright lights really not all that effective against startling bears, due to their unreliability.

So in short, carry a flashlight with you when you’re in a wooded area close to dusk or dawn, but don’t depend on that flashlight to get you out of a quick jam with a bear. Your best bet is to get a more proven protector against bears and use something like bear spray.

If you want to learn more about bears and how they react in certain situations, you can click here for an article I wrote that goes more in-depth on the topic.

Reason 2: Lights May Confuse Bears and Not Deter Them

Depending on the type of bear, bright lights may cause a bear to charge at you due to some species being more aggressive than others.

Specifically, I’m talking about the possibility of a grizzly bear mistakingly thinking your prey because you’re waving a tactical flashlight around and the bear has no idea what to make of it.

Grizzly bears are extremely protective of their cubs. If they see a bright light or another object that they don’t recognize that could be deemed as a threat, then the bear will more than likely do what her instincts tell her.

Conversely, a black bear may be startled and run away if you try to shine a bright light at it due to them being less aggressive than grizzly bears.

This overlaps with the bear’s previous experience with bright lights, but everything points to it being a bad idea to depend on a bright tactical light or even a motion sensor light to deter bears.

Given the above information, motion sensor lights really won’t do much to keep bears away from your backyard.

If a bear walks into your backyard and gets blasted by a bright motion sensor light for the first time, then its unpredictable to tell what the bear will do. It may get deterred or keep going depending on its previous experiences with random, bright lights.

Once the bear learns that the light won’t harm it, then the bear won’t be wondering or afraid of what happens when it gets shined by the bright motion sensor light. This is a psychological process called habituation.

The only real added benefit of having a motion sensor light to keep bears away is that you’ll be able to see and tell when a bear comes onto your property.

That being said, I think there is some real value to having a motion sensor light on your property solely to be able to see what exactly is in your back yard at night.

Having that motion sensor light adds an added layer of safety that will be extremely useful when you have to go outside your house at night time. The last thing you would want to see while taking out the garbage at night is a bear rummaging through your trash cans 5 ft. in-front of you because you didn’t have a light outside to help spot it.

Well, I’m sure that’s not the absolute last thing you’d want to see, but it still isn’t something near the top of the list.

In short, invest in a motion sensor light for the added safety of spotting a bear, not deterring it. The same can be said for any tactical flashlights. Invest in these to detect the animals and not deter them, as the results are unpredictable for that.

Crows are among the most intelligent birds in the world, but this intelligence makes them a nuisance when they realize they may benefit from hanging… 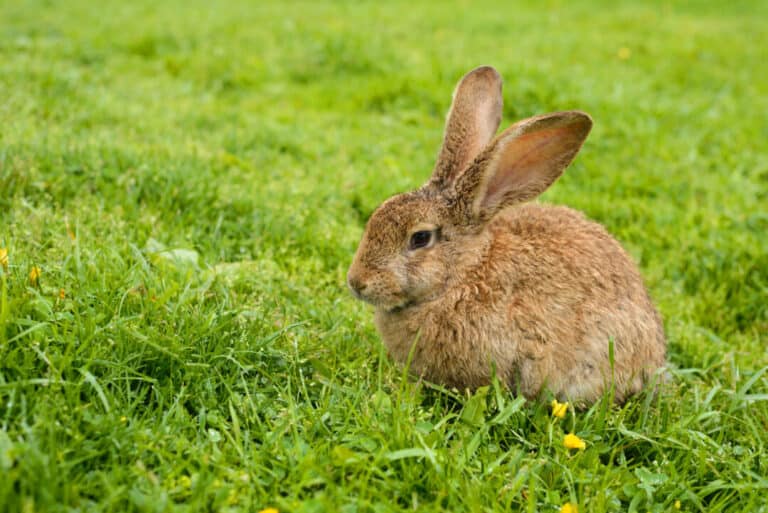 Sure, rabbits and bunnies are downright adorable creatures. Even my grandmother loves to feed rabbits (and anything else that finds its way onto her lawn)…. 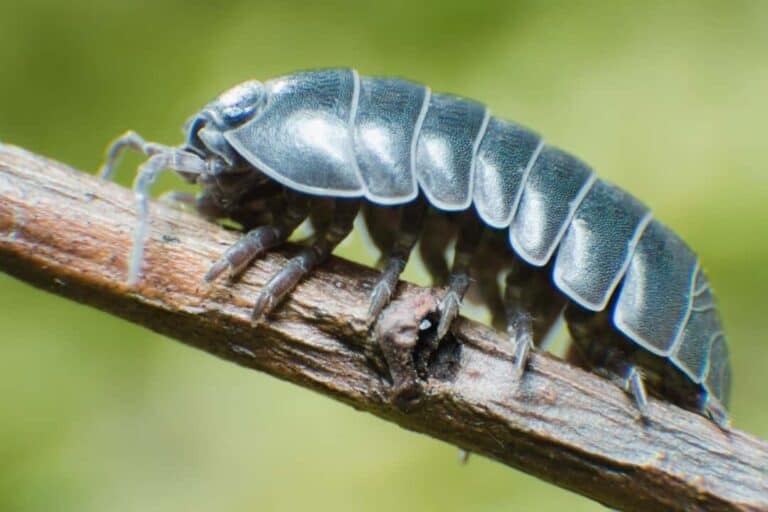 Pill bugs, or you might know them as roly-poly bugs, have been around for lots and lots of years and have been a pest to… 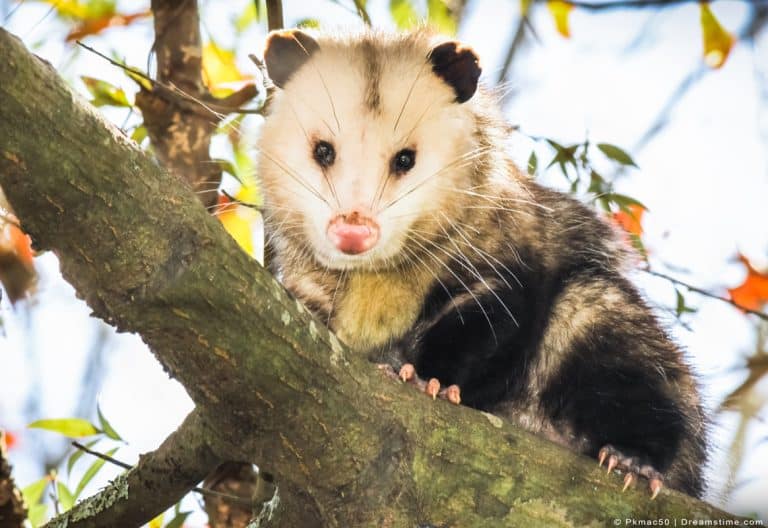 Late at night, you hear a large rattling by the trash cans outside of your house. Quickly, you flip on your backyard light, and not… 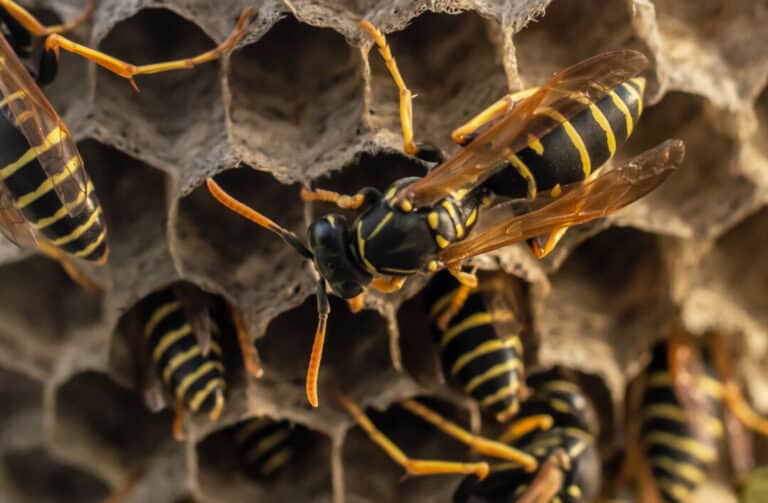 Wasps are probably scraping near the bottom of everyone’s list of favorite animals. They buzz around, sting people, and what’s up with those dangling legs?… 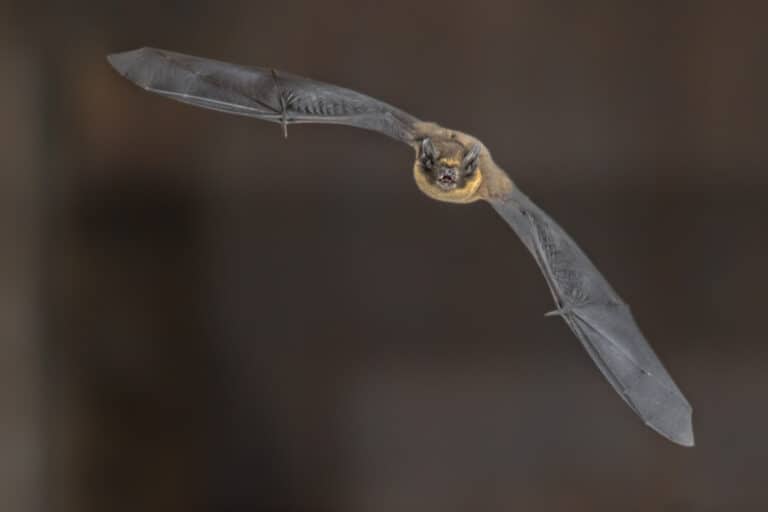 As you probably know by now, bats are not a creature you want making a home out of your house. If you’re looking for ways…