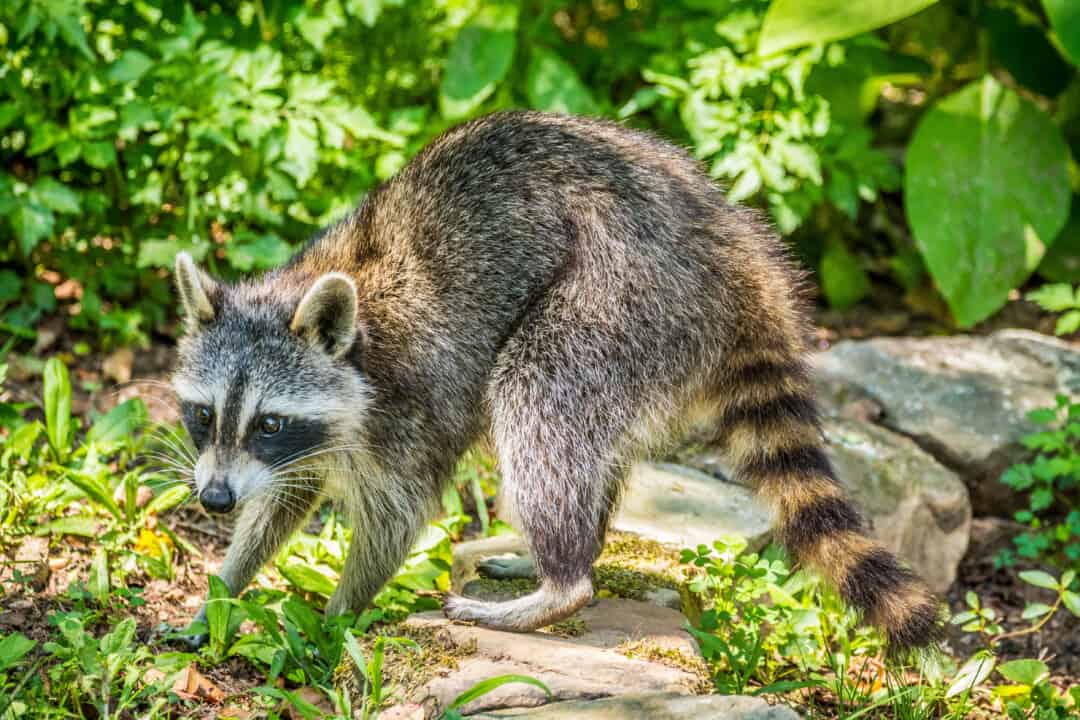 Raccoons can often find their way into your home or your personal property. There are ways in which you can deter them but before you do so, it is valuable to learn a few differences between male and female raccoons so you will know which type of raccoon you are trying to keep away from your yard! So, what are the main differences between male and female raccoons?

Keep reading to learn all about the differences and what sets the two genders of raccoons apart. We hope you will learn something interesting today! So let’s get to it!

5 Differences Between Male and Female Raccoons

Let’s take a closer look at the simple differences between male and female raccoons. Whether you’re on a quest to identify your neighborhood raccoon, want to deter it, or are just curious, we’re sure to have the answers for you!

Delicious and delectable food. It’s something we all love, right? Well, the same goes for animals including raccoons.

Raccoons are naturally nocturnal meaning that they do all of their work at night. Both males and females are the same in this regard. When it comes to food, raccoons also find and eat things during the night.

At night, all raccoons forage for food for themselves and their family. They eat both plants and meat, anything from small pieces of your leftover steak to yummy fruit and flowers.

If you have ever seen a raccoon in your vegetable garden or digging through your trash, then you can rest assured that they are scavenging for food.

One way in which male and female raccoons differ when it comes to food is that male raccoons will hunt for food at any time during the year whereas females prefer warm weather.

Female raccoons tend to hunt mostly when the weather is warm. This is a climate that suits them more and encourages them to go foraging for food.

So if you see a certain raccoon reappear night after night during the summer, it may just be a female raccoon!

If you need to repel raccoons, you can read our guide on using the best raccoon repellents here.

A very quick and easy way to distinguish between a male and a female raccoon is by looking at their size. There is a difference between the two genders when it comes to how big or how small they are.

Adult raccoons can weigh anywhere between 10 and 20 pounds. They are often around 23 to 38 inches in length. In general, these are small animals so their size is not very intimidating.

Female raccoons are usually smaller than their male counterparts by anywhere from 10% to 25%. If you happen to see a raccoon family or more than one raccoon together, then you can guess that the smaller one is the female.

However, this is not always true but, in general, it tends to be accurate.

The next time you see the same raccoon pair meandering around your yard, try to distinguish if one is bigger than the other. You might just have found a male and female raccoon pair!

Female Raccoons Raise Their Kits on Their Own

Parents care very much for their children. The same goes for raccoons and their offspring which are called kits.

However, when it comes to raising the kits, the female raccoon is definitely the dominant partner. The male acts in a different way than his mating partners.

Female raccoons primarily raise their kits on their own. Male raccoons do not play a major role in raising their babies. If you see a group of kits huddled together with an adult raccoon, that adult raccoon is most likely a female.

The kits are almost always with their mothers. A female raccoon will separate from other raccoons when she needs to raise her babies. The kits then stay in the cozy den which they call home with their mothers for about 8 to 10 weeks.

Once the kits are between 13 and 14 months of age, they leave their mother to go out into the world on their own.

If you’d like to learn more, you can read our guide on how raccoons actually care for their young here.

Male and female raccoons nest in the same way. They create dens that will keep them warm, safe, and comfortable.

Often the dens are found underground, nestled in between some bushes, or even underneath your porch deck probably much to your chagrin. Male and female raccoons do differ when it comes to building and creating homes.

Adult males tend to den alone rather than with their female counterparts and kits. However, the family does sometimes den together especially during the first cold winters.

Next time you see a den of raccoons and you spot many young kits, then you can probably safely assume that a female raccoon, the mother, is laying with them.

If you’re interested in learning where male and female raccoons den, you can read our piece on the places that raccoons nest here.

Raccoon males and females differ greatly when it comes to breeding and relationships. Mating is an important part of a raccoon’s life but it is not the same for males as it is for females.

Love is a bit complicated in the raccoon world, isn’t it?

Similarities Between Male and Female Raccoons

Now that we have covered five differences between male and female raccoons, let’s take a quick look at their similarities. There are many but the few important and distinguishable ones are noted below.

The next time someone asks you, “Hey, how are male and female raccoons similar and different?”, you will be able to answer them and show off your raccoon knowledge!

Both Male and Female Raccoons Have a Strong Grip

Raccoons can open windows, doors, and locks. Did you know that? Sounds crazy, right? It is true! If you ever find one in your attic, they most likely climbed up your house and opened the attic window.

Raccoons, both male and female, have palm-like hands that can form a strong grip. Their paws are almost the same as a human hand.

Due to having a strong grasp, raccoons have incredibly dexterous hands that lend them skills to do things like climbing up a roof, scaling a tree, and jumping into your attic from high above.

We even wrote a piece on how raccoons actually use their paws to open windows, doors, and locks.

In regards to the two genders, there is no difference in the dexterity or meticulous handling of a male or female raccoon’s hands.

In this way, they are very similar and equally sneaky!

Did you hear that? Look! It’s a raccoon lifting open the lid of your garbage bin outside your window!

Believe it or not, and you probably will believe it, but raccoons are sneaky little animals. They love foraging for food at night and, oftentimes, they will forage right in your backyard.

Both male and female raccoons love eating the garbage remains from a house, the pet food, and any discarded or fallen fruit and veggies from the outdoor garden. So keep your trash and your produce safe and secure.

When it comes to their dietary needs, there is no difference between males and females. They both like food equally especially when it is straight from your house!

You can learn more about how raccoons eat garbage and don’t get sick here.

Female and Male Raccoons Are Active at Night

When you are laying down your head at night and ready for a nice, long slumber, it is time for all of the raccoons, both male and female, to come out from their dens.

Raccoons are famously nocturnal animals meaning that they stay awake at night and do their activities during this time.

During the night, raccoons will look for food, move locations, build a den, mate, and carry out their daily tasks. The females and males are both active at this time. There is no major difference in their gender when it comes to being nocturnal animals.

This is why you will often spot a raccoon eating your pet food at night. Of course, you may also see them during the day but, in general, the night is when they are out and about.

So keep a vigilant lookout during the night if you are trying to track down nearby raccoons.

Raccoon Repellents Work The Same For Male and Female Raccoons

Finding ways to deter raccoons from trespassing in your personal area can be time-consuming but well worth it if you are successful in safely warding away the animals.

To repel raccoons, there is no difference in how you do it whether the raccoon is a male or a female.

There are several deterrents that will work effectively for both male and female raccoons.

You can do any of the following:

So whether you notice a male raccoon or a female raccoon meandering around night after night in your front or back yard, using any of the above repellents is a great strategy for getting them to leave and not return.

You can also read one of our most in-depth pieces on the scents that raccoons hate here.

Good luck when trying out this variety of options! If one does not work, then try another. You are bound to be successful with at least one of them.

Time to Wrap It Up and Do A Quick Review!

Alright! Well done on keeping up with us and learning about all of these cool new facts.

To help make sure you were able to keep track of everything, let’s do a quick review and run through the details one more time.

And there you have it! Important differences between male and female raccoons, as well as some similarities too.

So take this knowledge and let it carry you forth in your quest to learn more about common pests and animals.

You will be surprised at how much of this information you will need at some point down the line, especially if you are looking of finding ways to get rid of pesky raccoons from your home.

Thanks for reading and we hope you learned a lot!

See you next time! 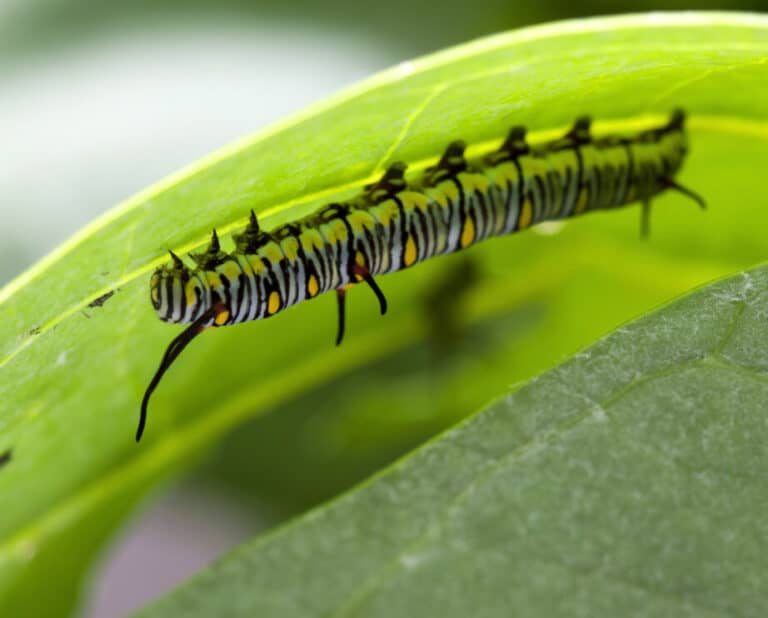 If you’ve ever had a caterpillar crawling on your skin, you’ve probably felt what seemed like thousands of legs inching slowly up your body. But,… 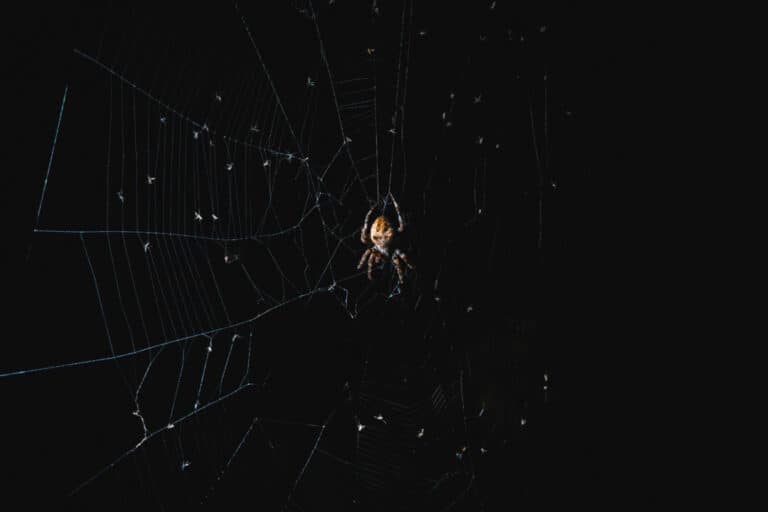 We’ve all heard about the neighbor of the uncle that lived fourteen states away, who had a second cousin who swallowed a spider while they… 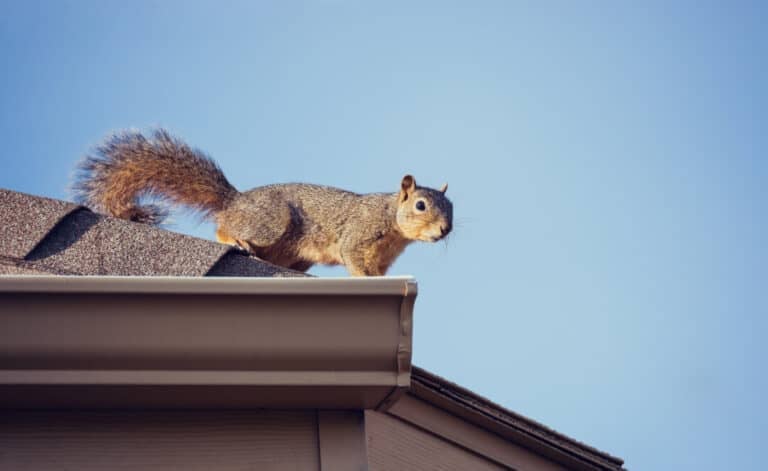 Squirrels are cute, tree loving creatures. But they are as destructive as they are adorable. They will dig up your garden, bite through electrical wires,… 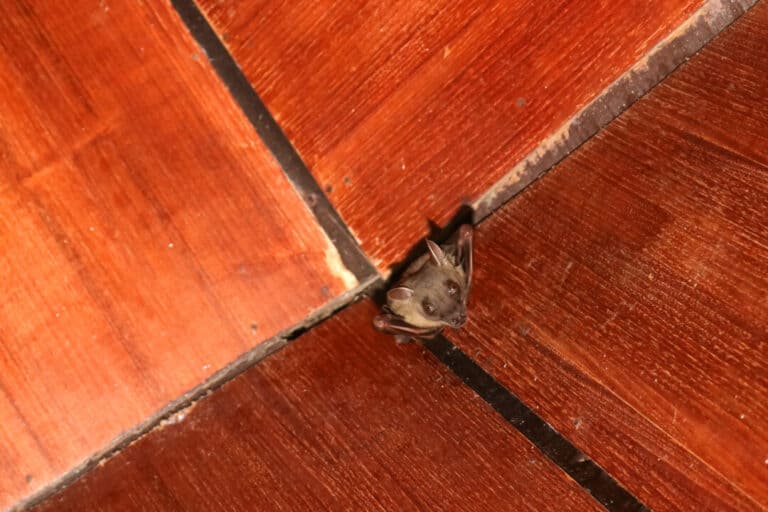 Just found out that a bat has decided that the ceiling of your attic is the home of his dreams? Are you scared that, in… 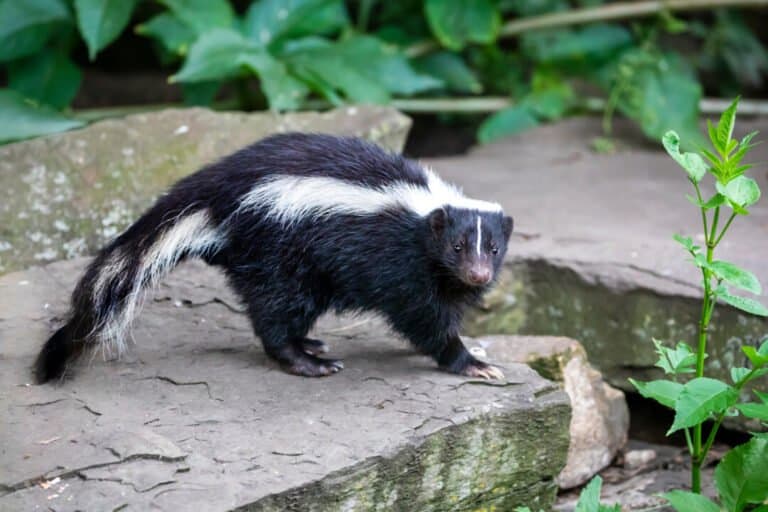 You only have to experience the smell of a skunk once to identify it correctly for the rest of your life. The smell is unique,… 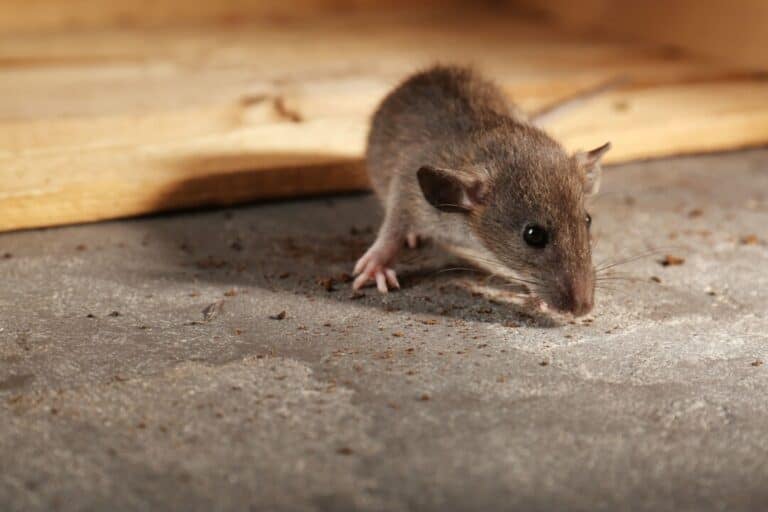