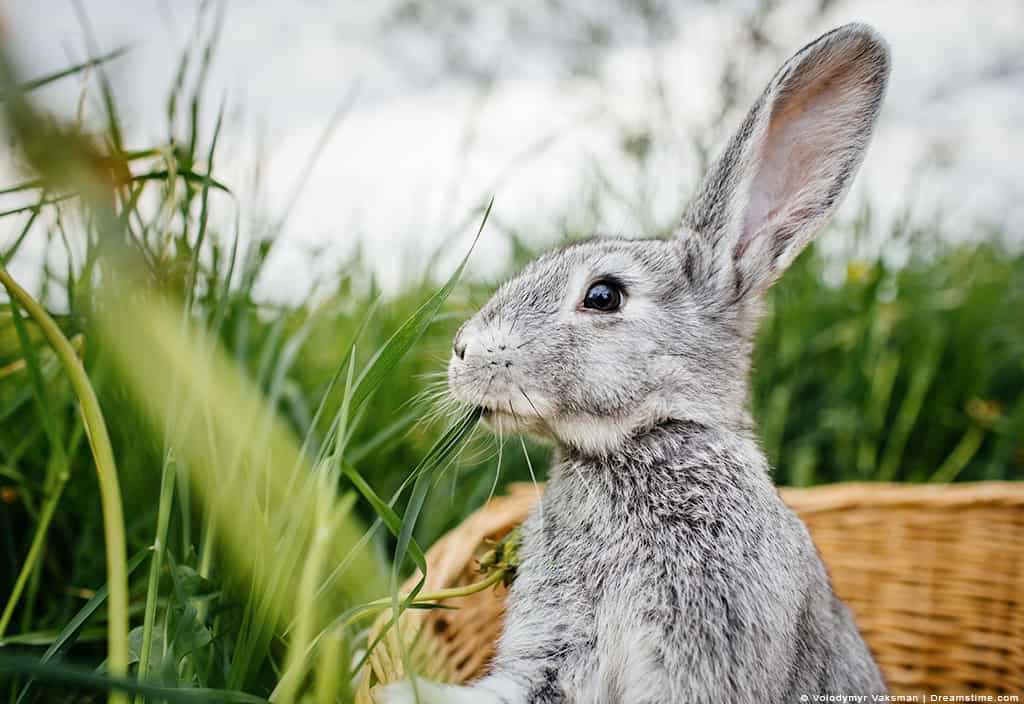 There is arguably no better way to beautify your garden than by using some good old-fashioned marigolds. However, it is not entirely clear whether these sunflower plants can also be used as a defense to keep some mammals out of your property.

As a general rule, marigolds will not keep rabbits away, and in fact, rabbits may even eat the plants. Marigolds are known to repel certain insects due to their aromatic character effectively but do not repel rabbits.

Marigolds – African, French, or Mexican – are known to put a smile on our faces. Whether it is to brighten up the wonders of our garden with a bit of touch of color or to assist us in fighting off a buzzing swarm of mosquitoes, they are indeed known to make for a pleasureful night. But what are marigolds, and can they repel small animals such as rabbits in a hat? Let us find out together.

Also known as tagetes, marigolds belong to the family of Asteraceae. This family is comprised of over thirty thousand different flowering plants and is commonly referred to as the sunflower family.

Marigolds are a versatile plant because they have been widely used worldwide, serving various functions while giving credit to the notion that symbiosis between humans and plants exists. Indeed, marigolds generally present a win-win situation when it comes to your garden maintenance.

Quick fact: It is said that marigolds were often used by ancient civilizations such as the Aztecs, where marigolds were seen as a sacred plant. The Aztecs were reported to have found various uses for the plants, such as using the pigments of the flowers as a dye, or extracting oil from leaves, and even making use of flowers and roots for medical purposes.

How Do Marigolds Protect Your Garden?

Marigolds are pretty interesting because some insects hate them, while some love their pungent and bitter aroma.

For instance, one gardener’s trick to deal with aphids is to plant marigolds in a garden to attract spider mites (as spider mites love marigolds.)

Once the spider mites are attracted to the garden, they will help solve the aphid problem!

Marigolds are also an excellent solution to get rid of insects like slugs because slugs are attracted to the flower. Once the slugs crawl on the flower, you can pick them off the plant and remove them by hand (read more on that here.)

Marigolds may indeed repel a wide range of insects. Marigolds tend to possess aromatic leaves; they can emit a chemical that might serve as a natural repellent, especially against mosquitoes, whiteflies, and plant-parasitic worms (nematodes).

Besides repelling specific bugs, marigolds also seem to attract some insects that are beneficial to your garden – for instance, ladybugs and bees. Overall, this means that marigolds can indeed serve to protect the other plants on your property. But what can marigolds do for us when it comes to repelling other animals such as rabbits?

Will Marigolds Keep Rabbits Away?

Unfortunately, marigolds can do very little when it comes to keeping rabbits away. Besides the lack of scientific and experimental evidence that such plants repel rabbits, there are even reports of rabbits putting their likes to eating a few marigolds along their path.

The myth that marigolds can repel rabbits has hovered above the animal sciences like a long-lasting cloud of mist.

Regrettably, for our properties, and for all those who have already planted acres of marigolds, they leave a rabbit unstirred. More concerning, rabbits have occasionally been reported to eat the yellow sunflower plant.

As such, marigolds might even help attract rabbits as opposed to warding them off.

Even though their cuteness would not make us believe so, rabbits can ravage your entire backyard, especially when they engage in the enterprise of constructing a burrow.

Although some animals are said to ignore the marigolds altogether, rabbits seem indifferent when it comes to coming face to face with a sunflower plant.

Of course, some choose to spray their marigolds with a chemical, which might indeed do the trick, although then we are talking about a different game altogether. Thus, there isn’t a point in using marigolds as the primary deterrent method.

The best way to ward off rabbits is to put up a wall simply. Indeed, using a fence to create a barrier between your property and our unwarranted visitors is an excellent way to start the day.

Of course, instead of fencing off your entire property, you might want to start by focusing on the areas of your property that you’re finding rabbits enter, and thus try a more local approach.

In both cases, whether fencing of a small patch or an entire garden, it is best to use strong material, as rabbits can be ferocious bitters.

It is therefore suggested to avoid plastic and to make use of galvanized steel. We recommend making use of chicken wire, as it is both solid and bendable. For more information, you can have a quick look at the following, Galvanized BSTOOL Chicken Wire Net.

Additionally, although somewhat less effective, a natural fence made of rhubarb – which can grow up to a few feet – can serve as an extra, natural barrier to stand tall during long and restless nights.

Indeed, it is arguably best to avoid using any scent when it comes to repelling rabbits. Yet, when they are already showing up on your property, it is safe to conclude they are already attracted by something.

In short, if you want to know more about how rabbits deal with smells, you can read our guide on scents that rabbits hate.

If not, however, then a quick solution is using a pre-formulated scented spray near your garden.

Both peppermint and egg solids are reported to be highly distasteful to rabbits and can thus be used in the form of a spray. For more information, you can look at I Must Garden Rabbit Repellent, an all-natural spray designed to keep rabbits away from plants.

Place a Motion Activated Water Sprinkler Near Your Garden

Rabbits have a strong sense of awareness, but unfortunately, we can use their skills against them for our bunnies in white. Indeed, making use of a motion-activated water sprinkler ourselves, we can confuse our sensible, little hoppers and keep them out of your garden.

Not only do motion-activated water sprinklers detect movement and serve as an alarm, but the device can also actually splash water upon the rabbits when they choose to come near. If you are new to the world of sprinklers, the Orbit 62100 Yard Enforcer might do the trick for you.

Essentially, once the rabbit (or other garden critters) comes near your plants, the animal will get blasted with a friendly spray of water.

Train Your Dog To Chase Rabbits!

A dog is a trusted member of the garden defense squad. Trained by the best, your dog will undoubtedly serve to scare a rabbit back to its burrow.

In short, keeping your pup close is always an excellent way to start your garden patrol, as a barking dog will alarm and startle any rabbit in the area.

Besides the fact that dogs can release a powerful bark, wild dogs are actual predators to rabbits, and the sound of one guarding a vegetable patch might be enough to hammer some sense into a rabbit or two.

Of course, as always, the golden rule – it is highly recommended to keep things tight and clean. All sorts of pests are attracted by a garden that leaves behind the spoils of a harvest or general trash lying around.

The ins and outs of a messy garden are undoubtedly attractive to many animals, including rabbits! By and large, property maintenance remains critical when wanting to keep a rabbit out.

If you’re looking for a few natural ways to keep rabbits out, you can take a look at one of our favorite articles here with natural tips to keep them out! 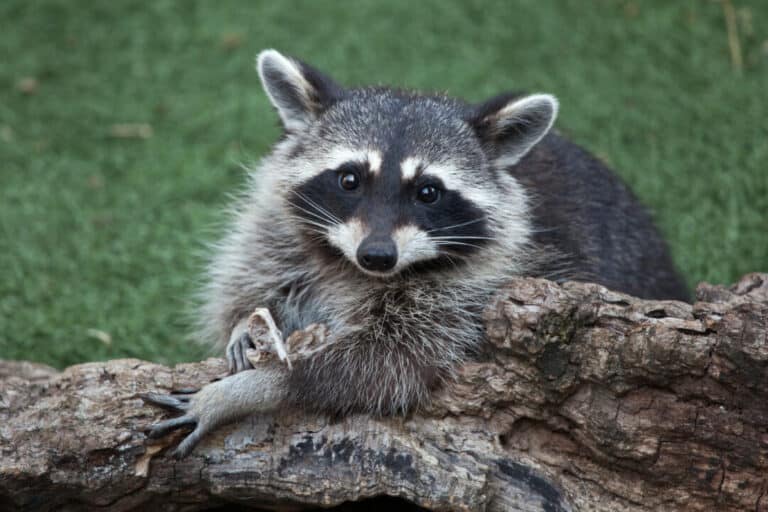 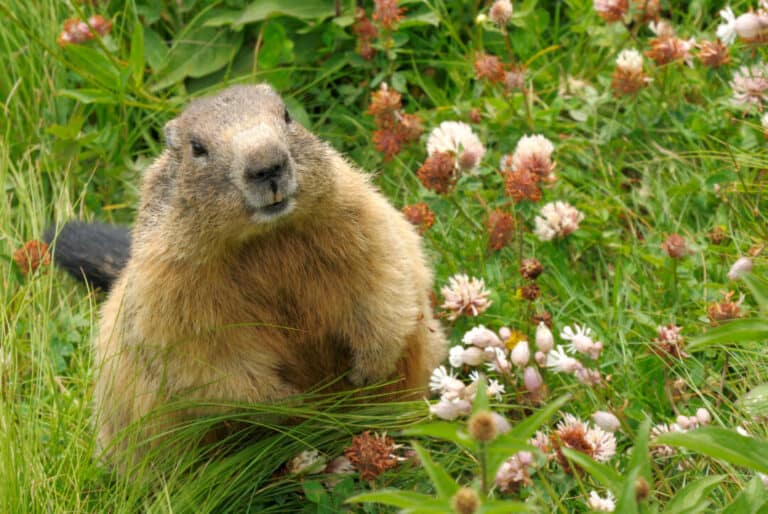 Groundhog, woodchuck, whistle pig, whatever you may call them, are common mammals found in the eastern United States and Canada. They usually don’t cause too… 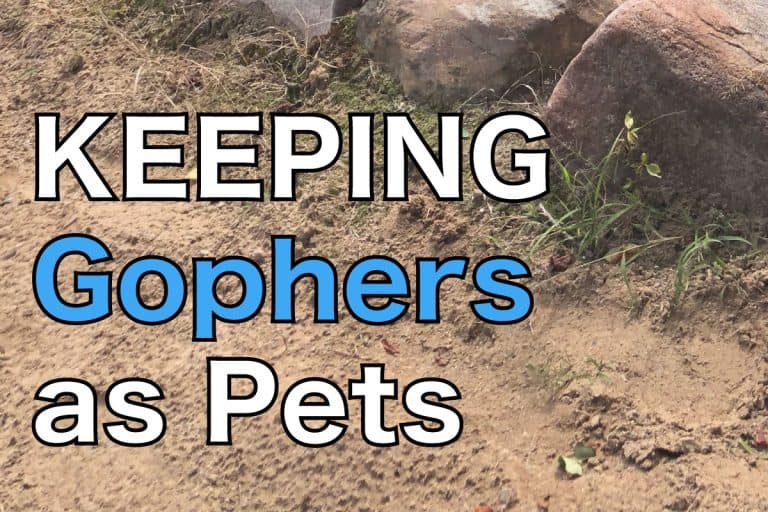 Often thought of to be a nuisance to properties across America, many individuals feel that these mid-size burrowing creatures have the ability to make great… 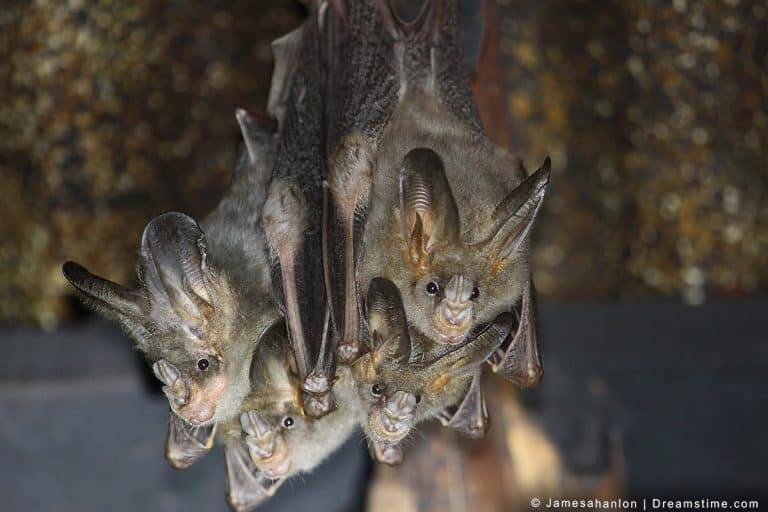 What can you say about bats? Many people find them a nuisance, but there are all sorts of reasons you may want them on your… 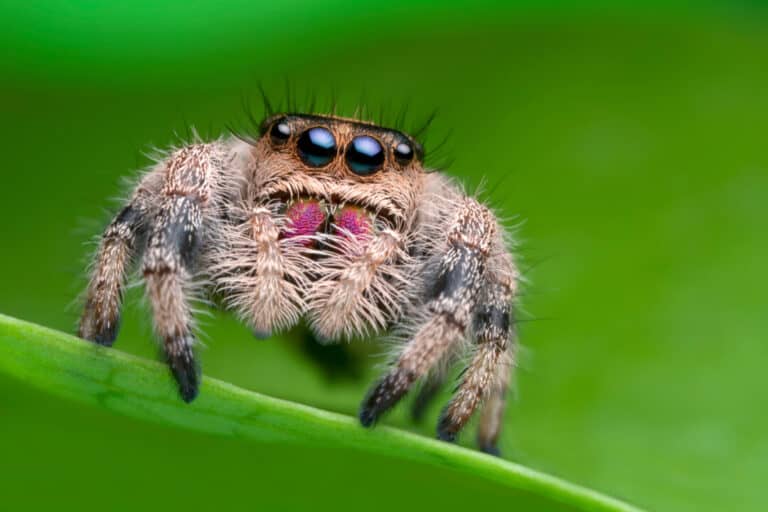 We’ve all heard that spiders are good to have around the garden and home. They eat the smaller pests that we really don’t want around… 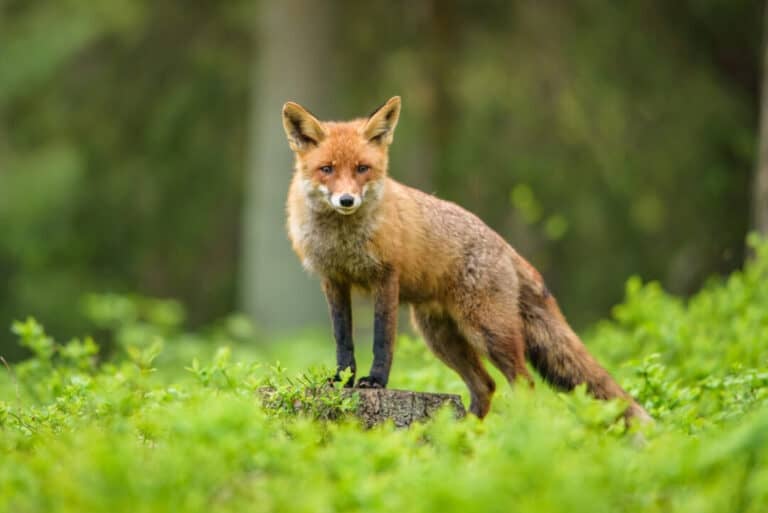 Foxes are one of the most elusive animals, always thought of, but rarely seen. With this begs the question – what time do foxes come…