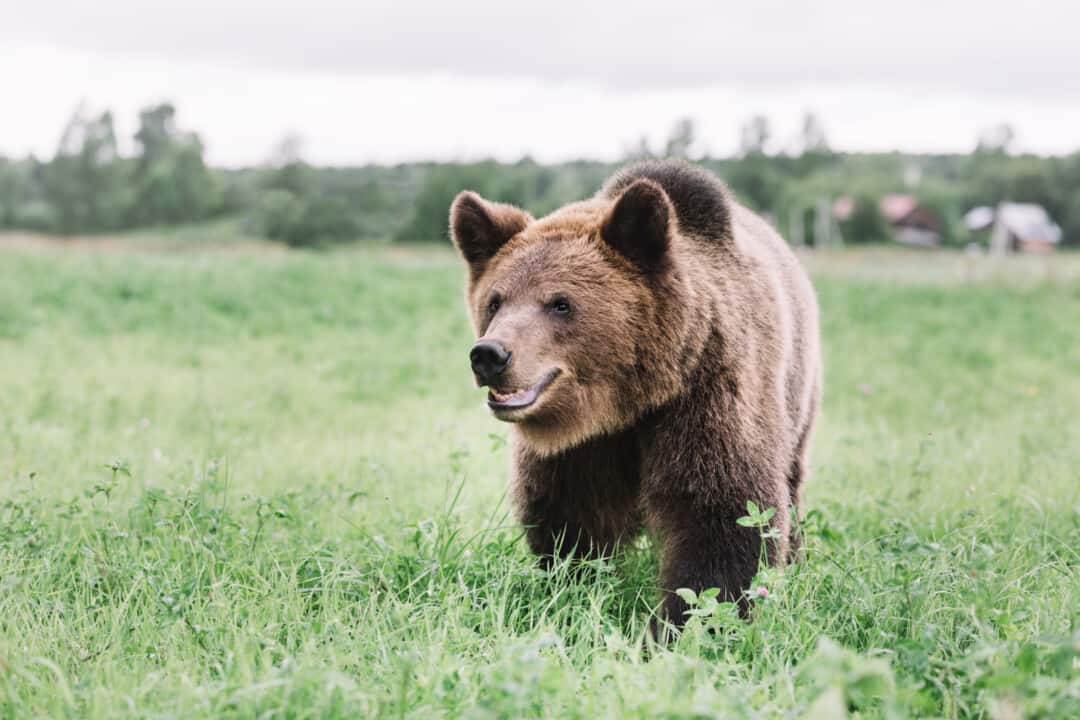 Whether you’re out hiking or just wondering about your own backyard – you may have wondered: Are there bears around here? Are there deer around?

Bears and deer will not coexist in the same area. Deer will happily graze in an area that bears have been in. However, if there is an active bear in the area, then deer will stay away.

While bears and deer can be in the same area at the same time, it is relatively unlikely. There a few other factors that determine when bears and deer will avoid each other.

In the fall, deer began to mate and gear up for their fawning season. In the late Spring to early Summer, deer give birth to their young babies, which are otherwise called fawns. During the fawning season, deer are extremely hesitant to be in any area near bears.

Bears are higher on the food chain and have been known to hunt newborn fawns if given the opportunity. This is an excellent reason for deer to be avoidant of bears at all cost while they are raising their young.

Most fawns weigh less than 10 lbs. At birth, so they become easy prey for bears. To make matters worse for fawns, they often trip and stumble while running during the first 4 weeks of their life, making it extremely important for the mother doe to raise her fawn in a safe area.

Bears are incredibly opportunistic hunters and will generally take any chance that they have to get easy food. This is why bears easily disrupt campsites, rummage through garbage, and fish in low flowing streams to get their food.

Speaking more to black bears than grizzly bears – the harder it is to obtain the food, the less likely it is that the bear will hunt it or attempt to eat it.

So, how does this affect deer season? While, the good news is that fawning or birthing season is in late Spring and deer season generally takes place during the Fall, giving the fawns enough time to grow and the family of deer enough time to come back to their regular spot.

Fully grown buck and doe (male and female deer) can not coexist with each other at the same time. Now, deer and bears may be in the same area based on their habitat, but deer will most certainly avoid bears when given the opportunity.

While bears and deer can be near one another at the same time, it is highly unlikely.

Deer are incredibly skittish creatures and are much lower on the food chain than bears. Deer don’t like getting too close to bears for this reason. However, deer are not hesitant to go into an area just because bears have been there.

Thinking through this, it helps to take a more in-depth look into the speed of each animal.

A white-tailed deer, one of the most common deers in the United States, can run up to speeds around 30MPH.

Conversely, both grizzly bears and black bears can run up to speeds of anywhere from 30 – 40MPH.

At first glance, it would seem that deer would want to stay away from any species of bear at all cost, as they statistically are easy prey with very comparable top speeds to bears. However, this is not the case.

Deer are much, much more agile than bears and can accelerate much quicker due to their lower body weight. While at top speed, bears can usually move faster than deer, but it takes them much longer to get up to that speed than from what it would take a deer.

So deer are extremely agile and in a crowded wooded environment, will be able to move much quicker through the woods due to their hopping and prancing style of moving. This style allows deer to quickly hop over any tall logs, bushes, and obstacles where a bear is not able to get through.

Additionally, deer will be able to fit through narrow cracks between trees and land, making them able to take paths that bears couldn’t if they were ever chased by a bear.

Simply put – yes, bears and deer both have similar top speeds. However, deer can easily outrun bears in a crowded, wooded environment due to their lightweight and agility.

The presence of bears won’t totally deter deer away from an area, but they can definitely cause an impact if the bears are living in the area and are always around.

Keep Bears Away and Bring Deer Back by Removing Wild Berries

Back to what I said earlier, bears are natural, opportunistic hunters. They like to forage and get easy food (which makes fawns natural prey). One of the ways you can keep bears away from your property and bring deer back is to get rid of any natural food that may be growing in your area.

Bears absolutely love wild berries (who wouldn’t?), as these are one of the most delicious and easy to foods for them to find.

Wild berries often grow during the late summer / early fall time, which can easily attract bears to the area.

If you want to keep bears away from your property during deer season and bring deer back to in, it starts with going through your area and removing any wild berries that are present.

This will hopefully discourage bears for the lack of food in the area and will probably make them want to move onto a different area.

Conversely, this could also deter deer from the area as well, but deer also have an abundance of nuts and acorns in their diet as well, making the lack of berries, not a huge deal. Remember, we want to encourage deer to the area by deterring bears from it.

Just to show you what you might be looking for, here is a blackberry/raspberry bush that we have growing near the edge of our pond. Berry bushes that are out in the open like this should be fine to keep around, just make sure you don’t see any bears coming around to scavenge it or else you may have to take it down.

When removing berry bushes, make sure you wear thick gloves. Wild blueberry bushes don’t have any thorns, but wild raspberry and blackberry bushes most definitely do.

If you have an abundance of these types of common, wild berry plants, then it’s important to get rid of these to deter bears from coming into your area which in turn, will encourage deer onto your property 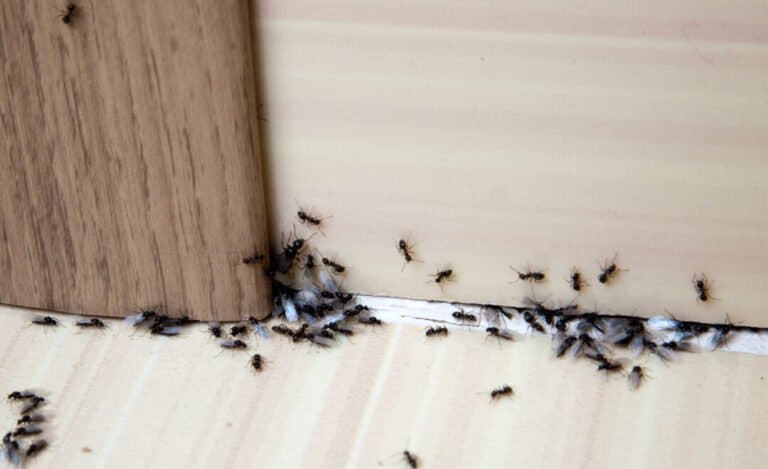 If you’re dealing with an ant invasion, you’re familiar with the skin-crawling feeling you get seeing them swarm an area. It’s unnerving, but easy to… 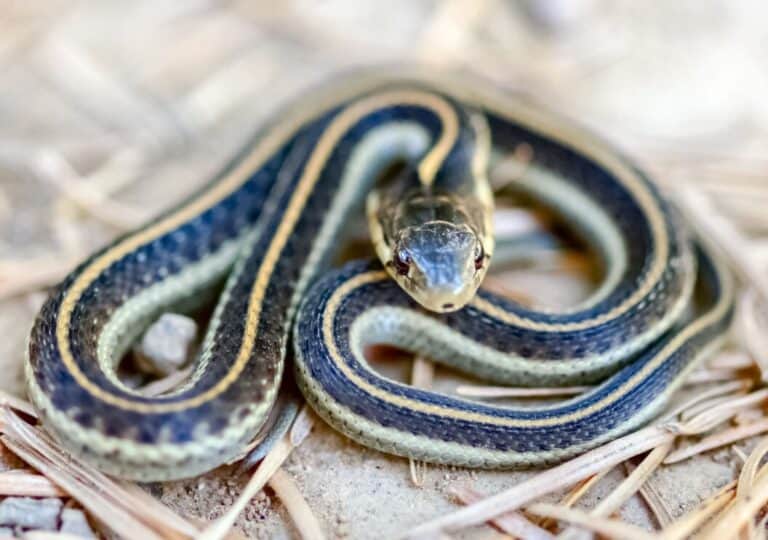 Seeing a snake during the day may make you a bit squeamish, but seeing them at night… no thanks! Most snakes are harmless and are… 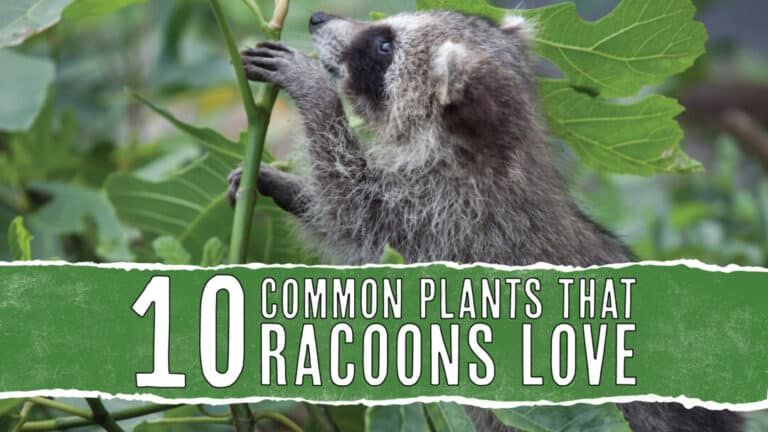 Raccoons are easily-recognizable animals that plague our gardens, fruit trees, and trash bins. These masked bandits may be cute, but they’re pretty destructive, especially to… 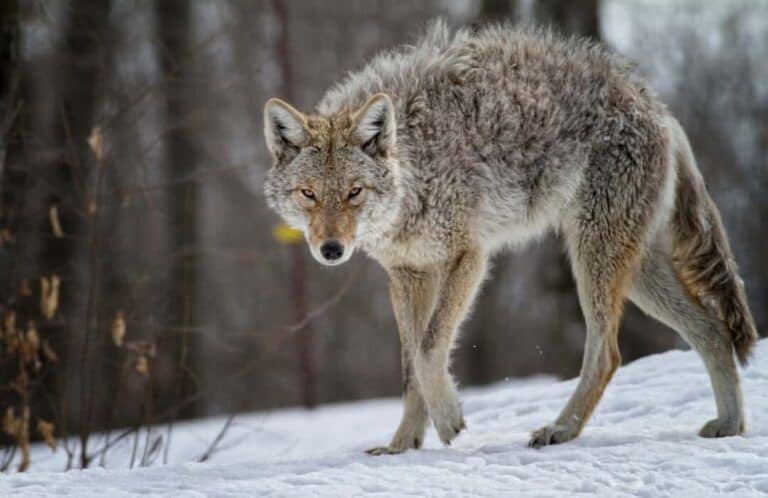 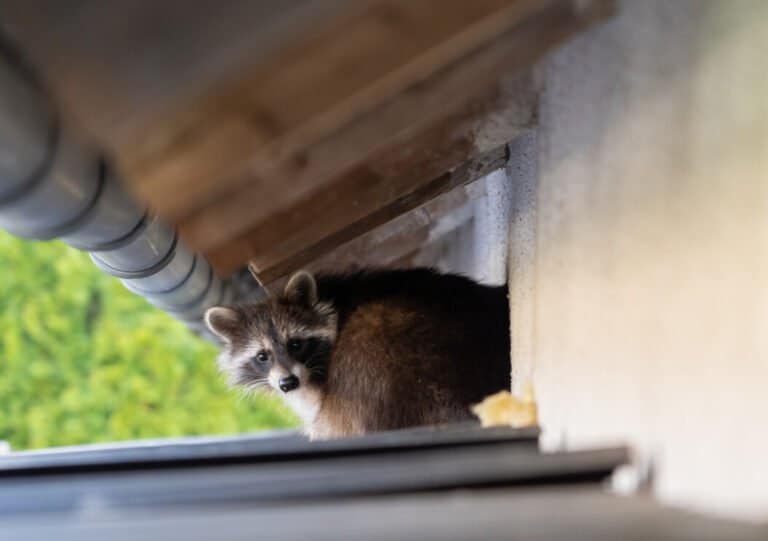 If it has come to your attention that you have a raccoon or even a raccoon family in your home, stay calm and read on…. 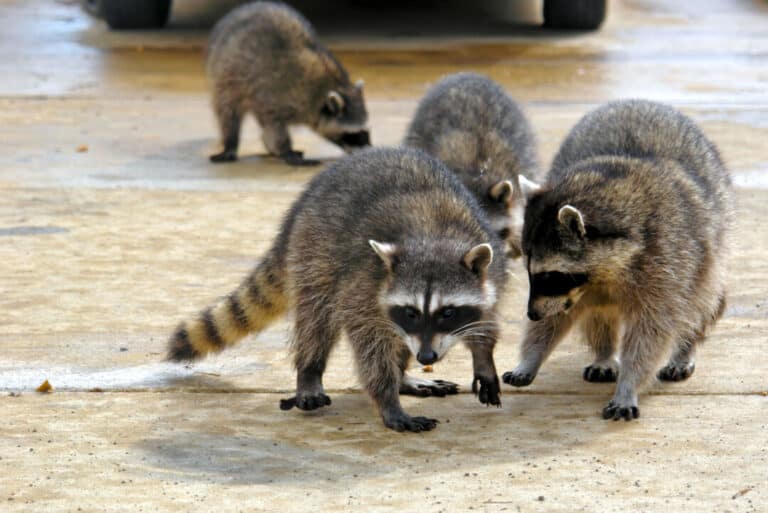